"This is a little bit uncomfortable, but let me just tell you. My concern with the language that the House sent over, and I know this will shock you," Sen. Todd Weiler, R-Woods Cross, said Thursday during Senate floor time. "But some couples actually record themselves in intimate positions and share those videos with other people. I know that's hard to believe, but it happens."

HB147, which seeks to close a legal gap and allow prosecution when victims are dead or incapacitated, was inspired by the killing of University of Utah student Lauren McCluskey.

More than two years ago, McCluskey shared intimate photos with a university police officer to aid in the investigation of her eventual killer, Melvin Shawn Rowland, 37, who was blackmailing her with the photos. A review conducted by the Utah Department of Public Safety found that officer accessed them multiple times and showed them to others on his phone on at least four occasions. 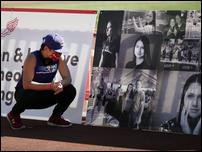 One of the slew of bills inspired by the killing of University of Utah student Lauren McCluskey cleared another legislative hurdle on Monday.

"I think we all agree that that is despicable and disgusting behavior and that that should be made illegal, and it's amazing to me that it's already not illegal. And certainly that was even more traumatizing for her family as they were dealing with Lauren's loss," Weiler said.

Weiler wants to further limit the scope of the bill.

He proposed a replacement Thursday that would only apply to cases when the victim provided photos to law enforcement. Under the new bill, prosecution could only be brought if the images get shared "without a legitimate law enforcement or investigative purpose by an individual who had access to the intimate image due to the individual's association with the investigation or prosecution."

The Senate supported the bill in an early vote, indicating it will likely receive final passage.