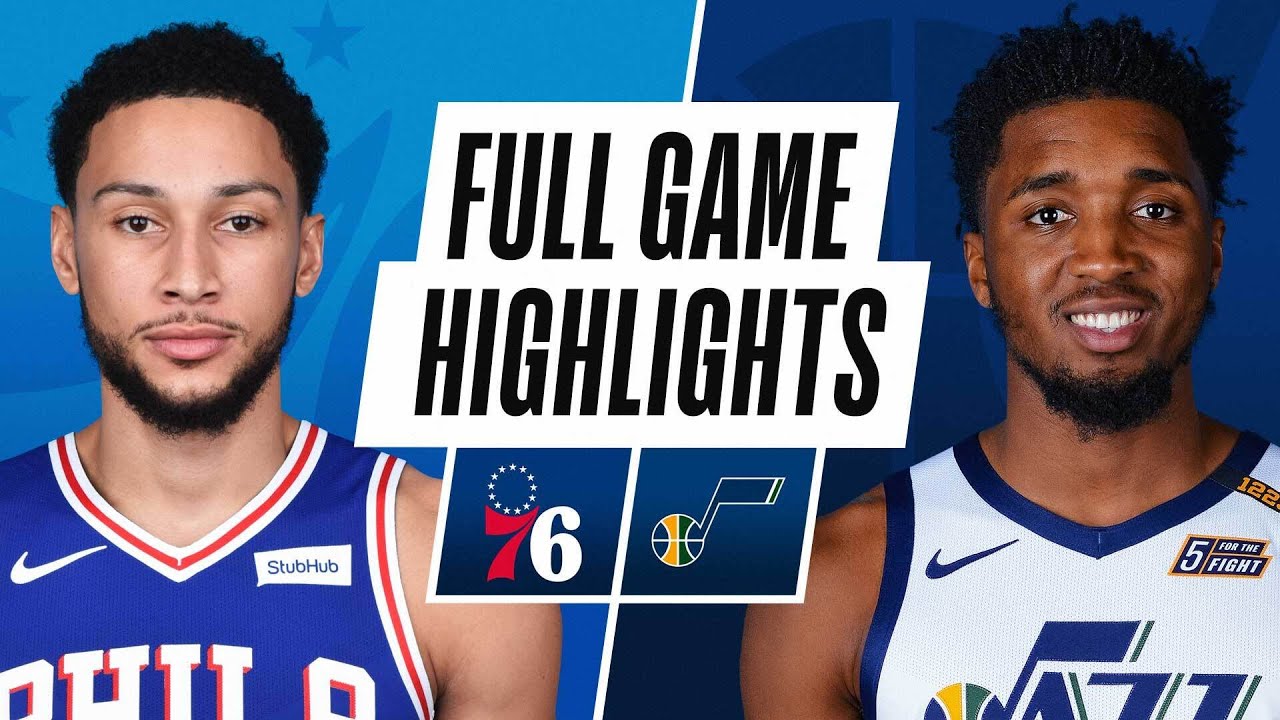 SALT LAKE CITY — Jordan Clarkson didn't quite know the impact he had had on the early part of the Jazz's 134-123 win over the Philadelphia 76ers on Monday.

After his first minutes of the game, he went to the bench and Utah assistant Keyon Dooling happily greeted him and said: "You making shots tonight!"

Dooling wasn't wrong; it was that Clarkson hadn't noticed — or at least not to the extent shots had been going in.

"I'm not even paying attention — I'm just shooting the shots that are available," Clarkson said.

It's hard to find a shot that isn't available for Clarkson. His lightning-fast release and quick trigger makes any shot appealing — and that's just what the Jazz needed Monday at Vivint Arena. If it wasn't already clear — it was — who the front-runner for Sixth Man of the Year was, it should be after Monday. Put it this way, Clarkson could probably miss the rest of the season and still get some votes for the award; that's how good he was against Philly.

Utah's bench ace dropped 40 points to lead the Jazz to their eighth straight victory (Utah is now 19-1 in its last 20 games). And there might not have been a game the Jazz needed him more.

Led by Ben Simmons, who scored a career-high 42 points to go with 12 assists and nine rebounds, the 76ers jumped out to a 14-point lead in the first quarter. Utah failed to contain Simmons from getting to the paint and wasn't hitting shots on the other end — at least not until Clarkson came in.

There were plenty of heroes from Monday's game. Royce O'Neale switched on to Simmons late, which stopped all of Philly's momentum after an 8-0 run in the fourth quarter, and made three triples late to seal the game. Donovan Mitchell had 24 points and five assists, and Joe Ingles had 20 points on 8-of-12 shooting. But without Clarkson, the Jazz would have likely been in a hole they couldn't climb out of.

After checking in, Clarkson quickly drilled four 3-pointers to keep the Jazz in contact with the Sixers. Utah wasn't getting stops, but Clarkson's ability to score in bunches kept the game close. It wasn't anything new — just Clarkson being Clarkson, and that's just what the Jazz needed. His quick trigger was never more evident than when he got ahead of the defense. Instead of attacking the rim, he pulled up for a straightaway three; it was good. As Dooling said, he was making shots.

Clarkson scored 12 points in the first quarter and had 19 by halftime.

"We've seen that, obviously, before, but that was another level." Jazz coach Quin Sndyer said. "I thought it kept us in the game ... we were within striking distance in the first half because of the way those guys (the bench — Georges Niang also made two big 3-pointers early) came in and played, and him (Clarkson) in particular. He's not bashful and we don't want him to be."

Clarkson has never been one to shy away from a shot, and in Utah he has found a team, a coach and a system that has embraced who he is. He was 8-of-13 from three, tying a franchise record for most made threes, and 13-of-20 from the field.

"The biggest thing for me is them believing in me, letting me be myself and embracing me," Clarkson said.

That belief has allowed Clarkson to fully commit to his role on the team.

"I've never played with anyone like JC in my last life — on the court or off the court," said Ingles, who also dished out five assists on Monday. "I mean it's pretty cool to play with someone that's so locked in to what his role is."

That role: lead a bench unit that has become lethal, especially with Rudy Gobert often getting to play minutes against reserves, and it's one that he's finding joy in. It's been a perfect marriage between system and player. Snyder wants everyone to shoot when they even have an inkling of air space — that's music to Clarkson's ears.

"If it wasn't for my teammates, coaching staff, the system that we got in play, none of this is 40 points off the bench, none of these plays, the situation that I'm in, wouldn't happen," Clarkson said. "And you know it's attached to who we are as a team — just straight respect for coach, his system and how he wants us to play. … We all have the freedom to go do that so definitely a sign of respect and love.

Clarkson knows he's not going to start games and knows that he's going to rarely finish them. To him, that doesn't matter — or at least he has put on a pretty good face, which is something Snyder appreciates.

"I've got to be crazy to take him out sometimes at the end of the quarter and (at the end) of the game," Snyder said. "But that's a rhythm that we're in. ... I think it's easy to be upset when you come out of the game. Any player feels that, and that's natural. And that's something that we kind of laugh about, just me telling him that I appreciate him at least hiding it when he comes out."