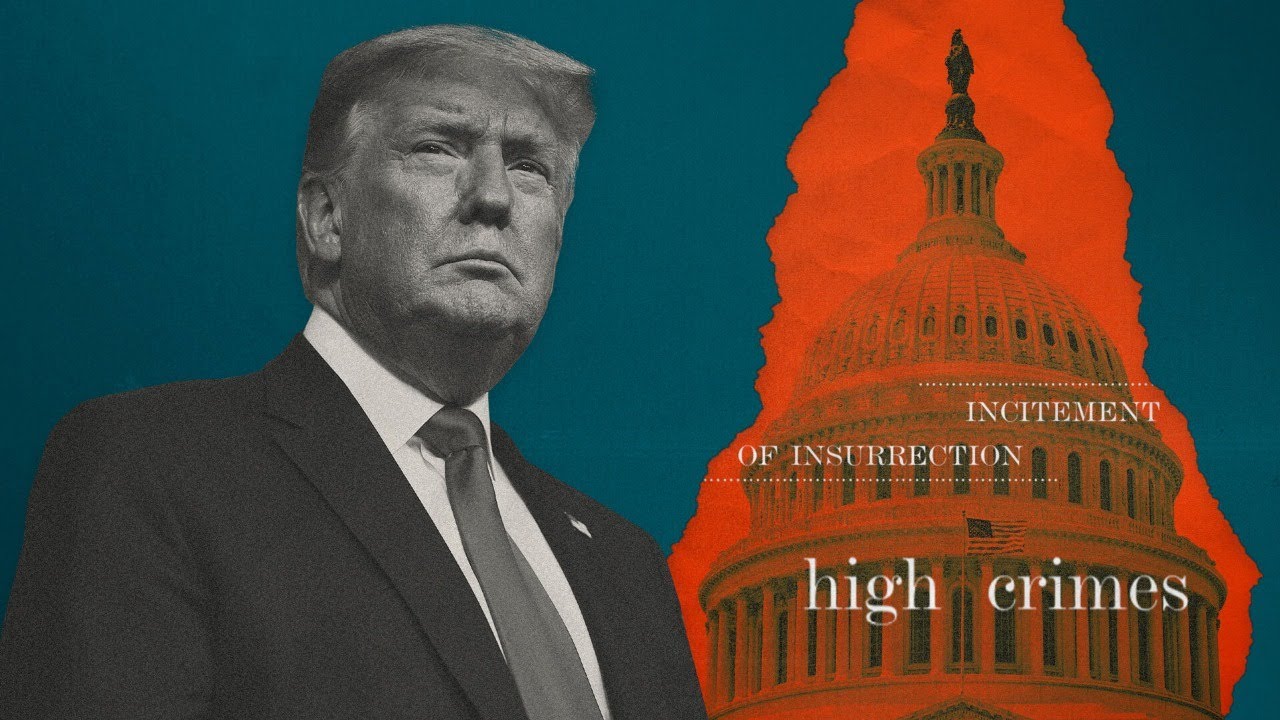 Trump is on trial in the U.S. Senate on a charge of inciting the Jan. 6 insurrection by his supporters who stormed the seat of Congress in Washington to stop lawmakers from certifying Democratic President Joe Biden's election victory, resulting in the deaths of five people including a police officer.

Trump's lawyers argued that his remarks, including a fiery speech that day urging supporters to "fight like hell" to stop the election certification, were protected by the First Amendment of the U.S. Constitution, which ensures the right to free speech.

"This trial is about far more than President Trump. It is about silencing and banning the speech the majority does not agree with," said Bruce Castor, one of Trump's lawyers. "I urge you instead to look to the principles of free expression and free speech."

In arguments this week, Democratic members of the House of Representatives said Trump had set the stage for the violence by falsely claiming the election results were fraudulent and egging on his supporters with fiery rhetoric.

The Democrats are unlikely to gain a conviction though as few Republican senators have come out against Trump. The trial could end as early as Saturday.

"You didn't do anything wrong," Trump lawyer David Schoen said, addressing Democrats. "It's a word people use, but please stop the hypocrisy."

Trump's defense team also portrayed the impeachment trial as little more than the result of a political witch hunt by Democrats who had been trying to get Trump for four years.

Democrats were unimpressed by the presentation on Friday.

"It fails to pass the red-face test. It's aimed at mainly a jury of one — Donald Trump." Sen. Richard Blumenthal, D-Conn., told reporters.

The defense case followed two days of presentations by the nine House Democrats serving as prosecutors.

They showed videos of the Republican former president cheering violence at his rallies, repeating his election fraud claims, and urging his supporters to gather in Washington on Jan. 6 for a rally he said would be "wild."

The House impeachment managers argued that Trump planted the seeds for the riot by encouraging violence and making false claims about widespread electoral fraud long before Jan. 6.

In response to a question, Rep. Joaquin Castro, D-Texas, one of the House impeachment managers, said on Friday that Trump had summoned the mob to Washington, given the crowd its marching orders, and then did nothing to stop the violence that ensued.

"This violent bloody insurrection that occurred on Jan. 6 would not have occurred but for President Trump," Castro said. "That mob didn't come out of thin air" and there was nothing random about the attack.

If Senate does not convict Trump, 'he can do this again,' Democrats warn

Democratic prosecutors making the case that Donald Trump incited a deadly insurrection by encouraging his supporters to march on the U.S. Capitol warned the Senate on Thursday that if it fails to convict the former president, "he can do this again."

The Democratic-controlled House charged Trump on Jan. 13 with inciting the insurrection, but Democrats are unlikely to get a conviction in the evenly-divided Senate or to bar Trump from running for office again.

Conviction requires a two-thirds majority in the 100-member Senate, which means at least 17 Republicans would have to defy Trump despite his continued popularity among Republican voters.

"I'm anxious to see what my Republican friends do," Biden told reporters at the White House on Friday.

Michael van der Veen, another Trump lawyer, said there was a double standard at the heart of the prosecution's case, arguing that some Democrats had "encouraged and endorsed" the violence that erupted at some anti-racism protests across the United States last summer without facing any legal consequences.

"They have clearly demonstrated that their opposition to mobs and their view of using the National Guard depends upon their political views," said van der Veen, a last-minute addition to the defense team who sued Trump in August in a lawsuit that accused him of making repeated claims about fraud in mail-in voting without evidence.

On Tuesday, the Senate voted largely along party lines that the impeachment trial was constitutional and even though Trump's term ended on Jan. 20. Six Republican senators sided with Democrats.

If Trump is acquitted, the Senate could decide to censure him or even vote to bar him from holding public office again. Asked on Thursday about pursuing the latter option, Senate Majority Leader Chuck Schumer said that decision would have to wait until the end of the trial.

Sen. John Thune, the No. 2 Republican in the chamber, indicated that a censure motion could be in the cards.

"I've seen a couple of resolutions at least that I think could attract some support," Thune told reporters. He added that he did not think an effort to bar Trump from holding office again under the 14th Amendment would go anywhere.

Neither side has so far announced an intention to call witnesses, leaving senators on track for final arguments and a vote as soon as Saturday.

Trump is the first U.S. president to be impeached twice and the first to face trial after leaving office. His first impeachment trial, which stemmed from his efforts to pressure Ukraine to investigate Biden, ended in an acquittal a year ago in what was then a Republican-controlled Senate.