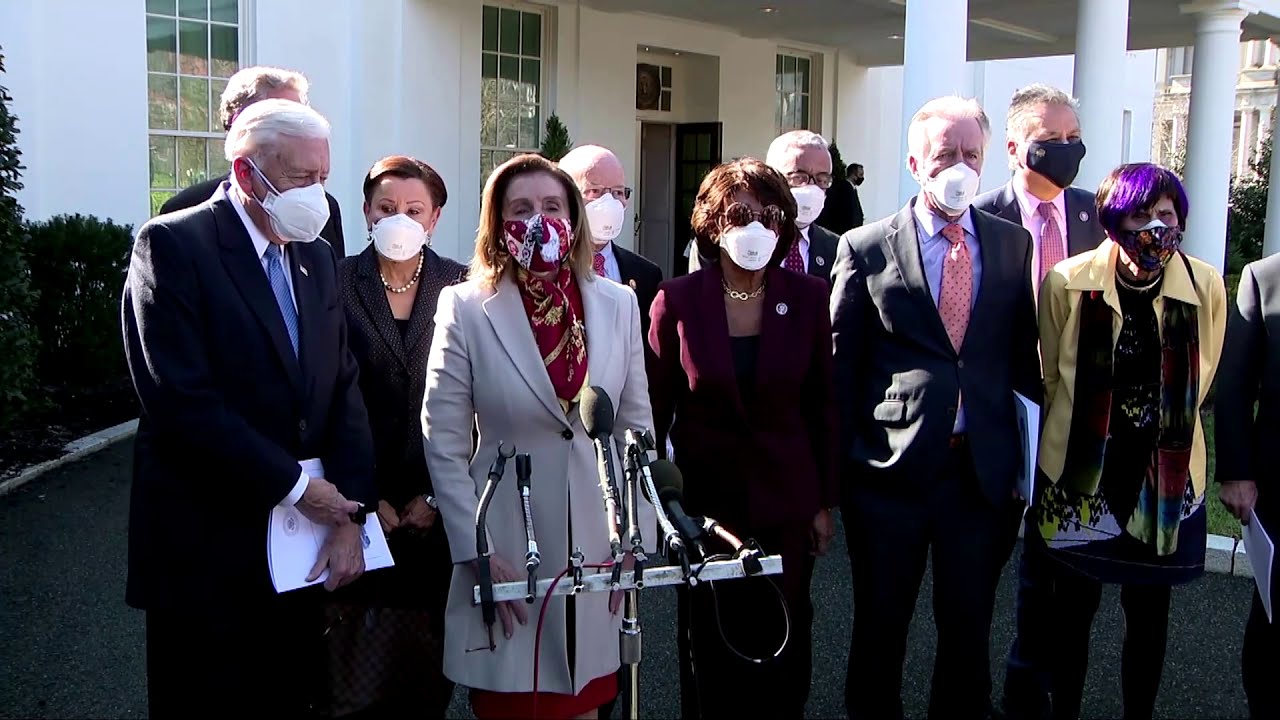 WASHINGTON (Reuters) — President Joe Biden and his Democratic allies in Congress forged ahead with their $1.9 trillion COVID-19 relief package on Friday as lawmakers approved a budget outline that will allow them to muscle Biden's plan through in the coming weeks without Republican support.

By a party-line vote of 219-209, the House of Representatives passed the budget plan, after the Senate approved it in a pre-dawn vote. Vice President Kamala Harris cast the tie-breaking vote in the Senate for the first time.

Speaker Nancy Pelosi predicted the final COVID-19 relief legislation could pass Congress before March 15, when special unemployment benefits that were added during the pandemic expire.

Meeting at the White House, Biden and top Democrats said they wanted to enact the massive aid package as quickly as possible to beat back a pandemic that has killed more than 450,000 Americans and left millions of jobless.

Biden said he was open to compromise with Republicans as long as they did not slow things down.

"If I have to choose between getting help right now to Americans who are hurting so badly and getting bogged down in a lengthy negotiation ... that's an easy choice. I'm going to help the American people hurting now," he said.

Continued weakness in the job market, underscored by data released on Friday, proved the need for aggressive action, Biden said.

If I have to choose between getting help right now to Americans who are hurting so badly and getting bogged down in a lengthy negotiation ... that's an easy choice.

Republicans have floated a $600 billion aid package, less than a third the size of the Democratic plan. Even some Democrats, like Larry Summers, an economic adviser to former President Barack Obama, have warned that Biden might be spending too much.

Republican Rep. Michael Burgess said Congress should wait until all of the previous $4 trillion in pandemic relief has been spent. He said $1 trillion has yet to go out the door.

"Why is it suddenly so urgent that we pass another $2 trillion bill?" Burgess demanded.

The budget resolution enables Democrats to pass Biden's plan by a simple majority in the 100-member Senate instead of the 60 votes required for most legislation. That means Democrats, who control 50 seats in the 100-seat chamber, might not need Republican votes. Democrats have a 10-seat majority in the House.

In its overnight session, the Senate voted to oppose an immediate increase of the federal minimum wage from $7.25 per hour to $15 per hour. Senators also backed a motion calling for direct payments of up to $1,400 to be tailored to low-income earners. The White House says it is open to that idea.

The approved amendments do not carry the force of law in a budget blueprint, but can serve as guidelines for developing the actual coronavirus aid bill in coming weeks.