Have You Seen This? You'll never watch 'Ocean's 12' with this guy 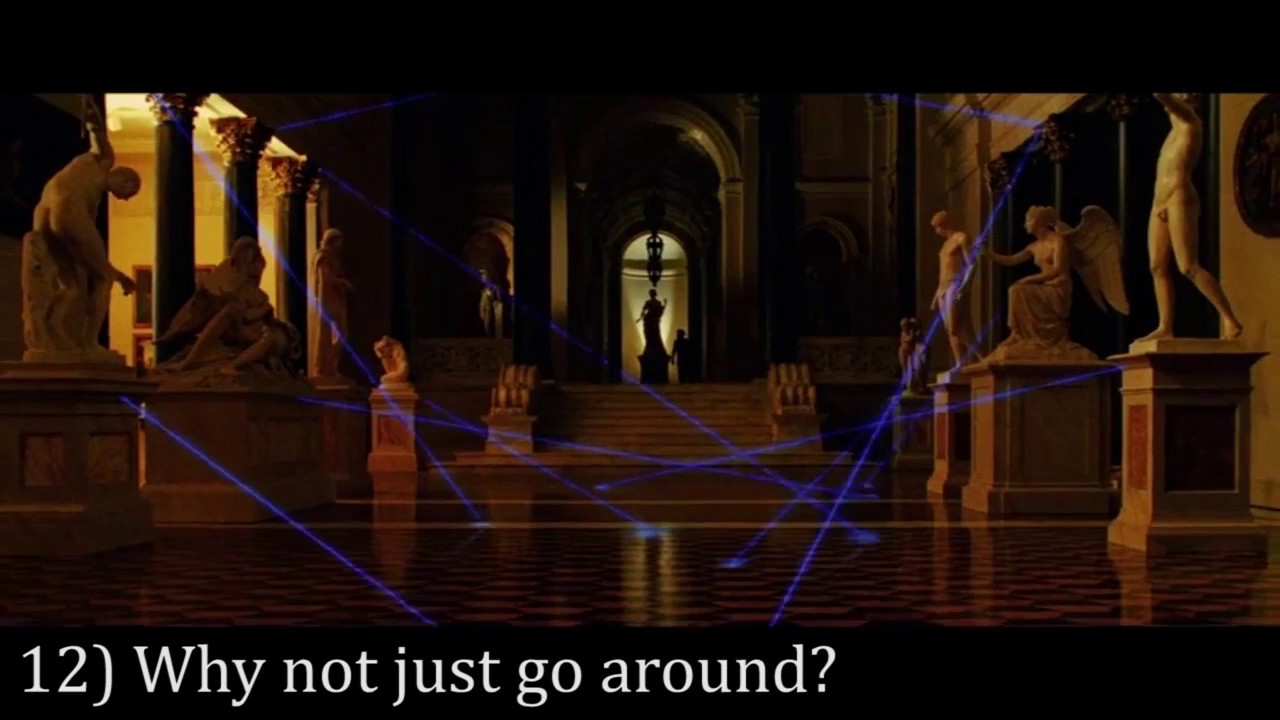 12 Reasons that the Ocean's 12 laser dance confuses me

THE MUSEUM — Some people get really emotionally involved when they watch movies, reacting and gasping with every twist and turn.

These people are fun to watch movies with. Their behavior is often infectious.

But then there are... the others. The nitpickers. The grumps. The people who can't quite suspend their disbelief to enjoy something that was made for entertainment purposes and certainly not for 100% accuracy of science and laws and history for all time ever.

These people (bless their hearts) suck the fun out of movies.

But one man has found a way around all that. He does his nitpicking in short, oddly cut videos that make his nitpicking another channel of entertainment in and of itself.

In the video, he breaks down the 12 reasons a specific scene in "Ocean's 12" confuses him.

To refresh your memory, in "Ocean's 12," the gang needs to steal a Fabergé egg from a museum that has seemingly impossible security. One such security item is a room full of lasers, which a rival thief "dances" through to "bypass" security.

I can't explain anything further that will do justice to the epic breakdown of all the laser issues in this scene, but I will say it's a delight.

The even more delightful thing is that "Ocean's 12" was released in 2004, but this video was posted in 2017. Some things just bug you for decades, I guess.

Kid embarrasses mom at drive-thru in the most perfect way

Having kids is the best — not necessarily because they bring you so much joy.
×