SALT LAKE CITY — A lawsuit challenging President Joe Biden's indefinite pause on any new oil and gas leasing on federal public lands is sitting in federal court in Wyoming and Utah's two senators are part of a group pushing new legislation to restrict the action from a sitting president without congressional authority.

The ban on any new oil and gas development announced by Biden and put into play via executive order prompted praise from climate change activists and condemnation from conservative political leaders who denounce the move as one that guts Western economies.

"Unity in our nation can only be reached when we work together to solve complex challenges. I'm disappointed in President Biden's decision to indefinitely pause all new oil and gas leasing on federal lands," said Utah Gov. Spencer Cox. "His action was taken without coordination with the state to determine how his decision would impact rural Utah and those that live there."

Cox said while the order does not suspend existing leases, the long-term pause will harm future production and investment across the state.

"Two-thirds of our lands are public lands managed by the federal government. As with last week's moratorium on mining and energy development, (the) order curtails future investment in Utah, weakens rural Utah's economy and keeps many Utahns from being able to provide for their families."

The ban, which is accompanied by a directive to end any future federal subsidies to the industry where possible, prompted a lawsuit by Western Energy Alliance, which represents hundreds of independent oil and gas producers in Utah and elsewhere in the West.

"The law is clear. Presidents don't have authority to ban leasing on public lands. All Americans own the oil and natural gas beneath public lands, and Congress has directed them to be responsibly developed on their behalf," said Kathleen Sgamma, the alliance's president.

"Drying up new leasing puts future development as well as existing projects at risk. President Biden cannot simply ignore laws in effect for over half a century," she said. "Biden's ban is an overreach meant to satisfy the environmental left, but it would seriously harm the livelihoods of tens of thousands of Westerners and put at risk millions more as state services become unfunded."

The alliance pointed to a recent study that put financial impacts from pausing oil and gas leasing in Utah and other Western states as devastating. 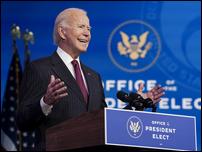 "The president's decision to order a pause on new oil and gas leasing on federal public lands is a common sense and desperately needed step to right the ship and chart a more thoughtful, climate conscious path forward as our nation Builds Back Better," said Southern Utah Wilderness Alliance legal director Steve Bloch.

Utah's GOP Sens. Mitt Romney and Mike Lee joined their colleagues led by Sen. Cynthia Lummis, R-Wyo., in the introduction of the Protecting our Wealth of Energy Resources, or POWER Act. The legislation would prohibit the president or his secretaries of the interior, agriculture, and energy departments from blocking energy or mineral leasing and permitting on federal lands and waters without congressional approval.

"The economic impacts of the suspension of oil and gas leasing on federal lands will be devastating to Utah's rural communities, tribes and small businesses," Romney said. "And they will be detrimental to Utah's energy industry, which is struggling to stay afloat and keep Utahns employed during the pandemic. Long-term decisions or pauses to energy leases should be considered and approved by Congress, not by the stroke of a pen through executive order."

"President Biden's energy moratorium has already done considerable damage to Utah's economy. Presidents should not have the unilateral power to kill jobs like this. The POWER Act will check the president's power by giving Congress a say in future leasing disruptions," he said.

The Utah Petroleum Association also had a scathing reaction.

"Most of Utah's federal natural gas properties are located in rural areas, particularly in the Uinta Basin, where oil and gas income provide a lifeline of financial support for education, health care, and other public services, especially for local governments and special districts," said President Rikki Hrenko-Browning. "These losses in the oil and gas sector spill over to the Utah economy ... the effects of which are exacerbated by the damage caused by the COVID-19 pandemic."

"The Biden administration's plan to halt new fossil fuel leasing on public lands allows us an opportunity to reset a broken boom-and-bust system, and focus on a clean energy future that benefits communities, long-term stability and the environment," said Carly Ferro, director of the Sierra Club's Utah Chapter.

"For too long, fossil fuel interests profited from excessive extraction near communities — leaving locals with the cost of pollution and health consequences."