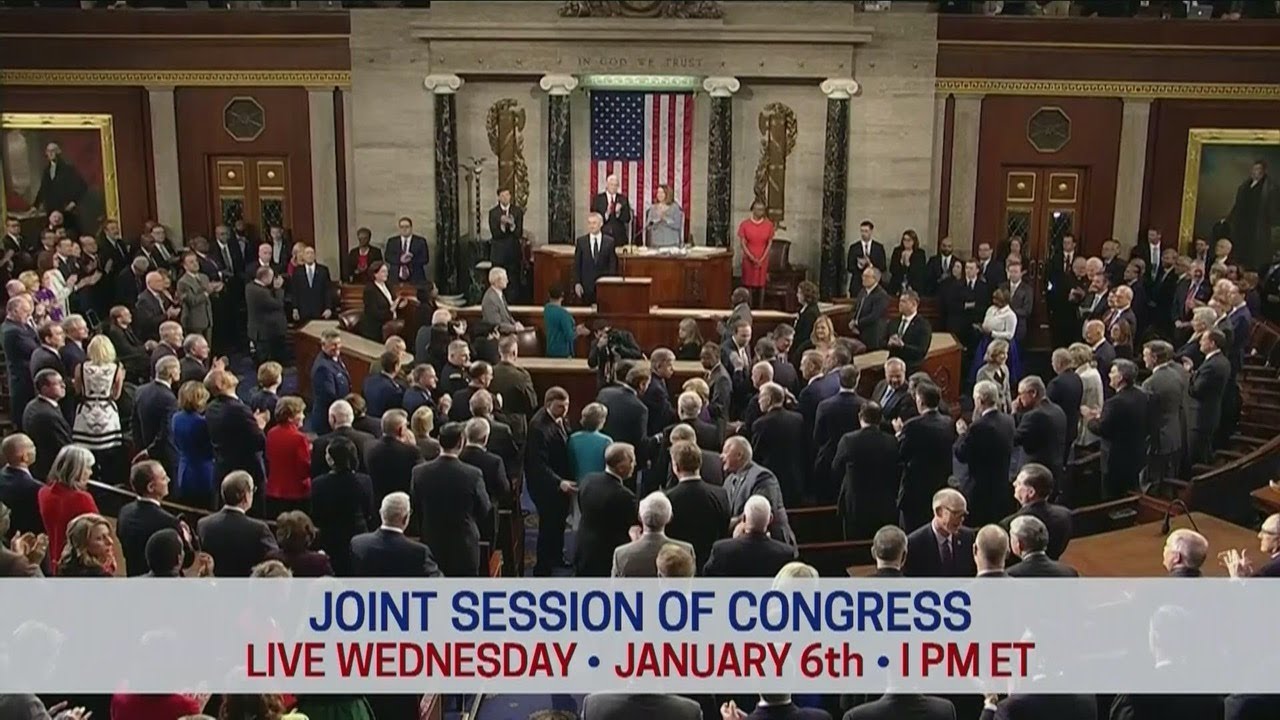 Late on Wednesday houses of Congress resumed their work on certifying Biden's Electoral College win, with debate stretching into the early hours of Thursday. After debate, the Senate and the House of Representatives rejected two objections to the tally and certified the final Electoral College vote with Biden receiving 306 votes and Trump 232 votes.

Vice President Mike Pence, in declaring the final vote totals behind Biden's victory, said this "shall be deemed a sufficient declaration of the persons elected president and vice president of the United States."

After refusing to concede since it became clear after the November election that Biden would be the president-elect, Trump issued a statement early Thursday morning after the Electoral College votes were certified.

"Even though I totally disagree with the outcome of the election, and the facts bear me out, nevertheless there will be an orderly transition on January 20th," Trump said. "I have always said we would continue our fight to ensure that only legal votes were counted. While this represents the end of the greatest first term in presidential history, it's only the beginning of our fight to Make America Great Again!"

The outcome had never been in doubt, but had been interrupted Wednesday by rioters — spurred on by Trump — who forced their way past metal security barricades, broke windows and scaled walls to fight their way into the Capitol.

Police said four people died during the chaos — one from gunshot wounds and three from medical emergencies — and 52 people were arrested.

Some besieged the House of Representatives chamber while lawmakers were inside, banging on its doors and forcing suspension of the certification debate. Security officers piled furniture against the chamber's door and drew their pistols before helping lawmakers and others escape.

Here are the latest updates on the ongoing situation at the U.S. Capitol building in Washington, D.C.

The assault on the Capitol was the culmination of months of divisive and escalating rhetoric around the Nov. 3 election, with the Republican president repeatedly making false claims that the vote was rigged and urging his supporters to help him overturn his loss.

The chaos unfolded after Trump — who before the election refused to commit to a peaceful transfer of power if he lost — addressed thousands of supporters near the White House and told them to march on the Capitol to express their anger at the voting process.

He told his supporters to pressure their elected officials to reject the results, urging them "to fight."

Some prominent Republicans in Congress strongly criticized Trump, putting the blame for the day's violence squarely on his shoulders.

Biden and Vice President-elect Kamala Harris are due to take office on Jan. 20.