How 'Fouss' Traore became the 3rd starter from No. 2 Wasatch Academy to sign with BYU basketball in one year 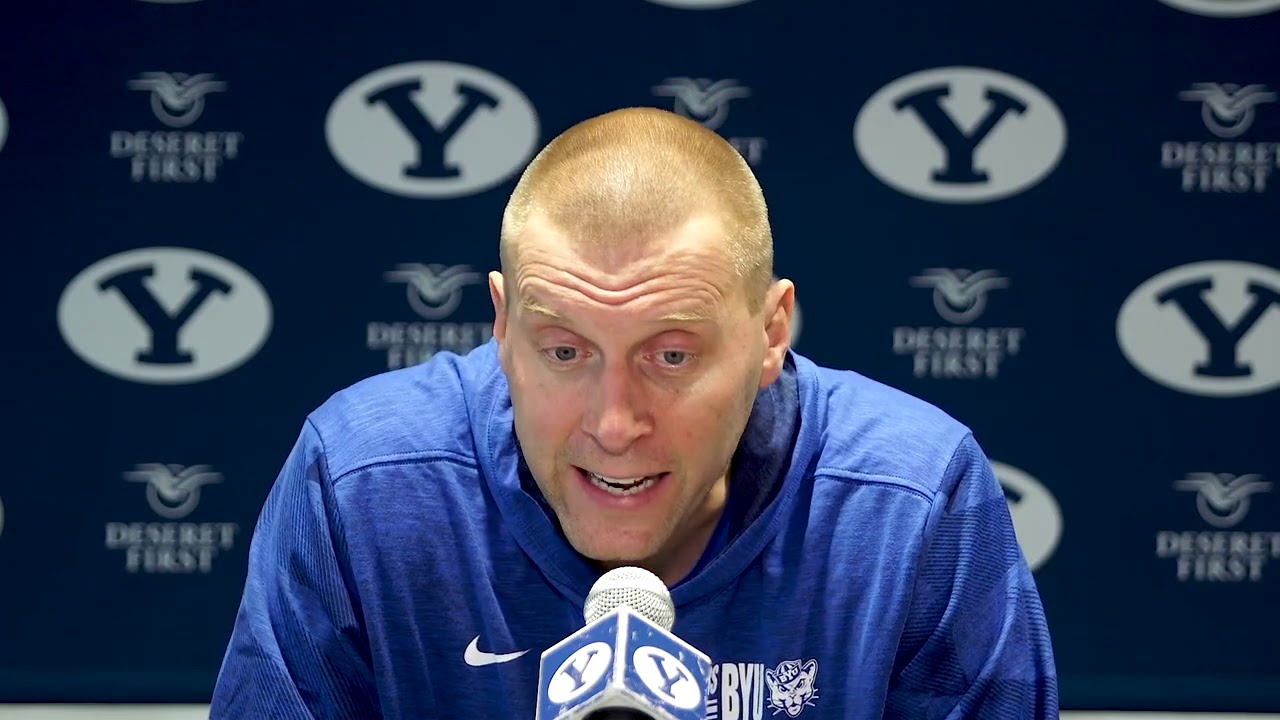 PROVO — In rural Sanpete County, about a 35-minute drive on I-15 from Nephi, sits a 145-year-old boarding school that has risen to become one of the top high school basketball programs in the country.

And in the past year, it's become a pipeline for BYU basketball.

Fousseyni "Fouss" Traoré became the third Tiger in 365 days to sign with the Cougars when he submitted his national letter of intent Thursday, signing on the dotted line to join his former teammates Caleb Lohner and Richie Saunders in the Provo-based school sponsored by The Church of Jesus Christ of Latter-day Saints.

"I am so hyped about Foos. You do not understand; this kid is a monster," said BYU coach Mark Pope a few hours after the Cougars received the letter of intent from Traoré, who joins Timpview's Jake Wahlin in the (Class of 2021). "He's got the most beautiful heart in the world, and he's such a wonderful young man. He takes up incredible space on the floor.

"This summer, he was really good from behind the arc and really good off the bounce … He's going to be a great player. And he's an even better human being. I think he's going to represent BYU in an extraordinary way, a Muslim kid from Mali who has been in Utah for a couple of years, and he fits in perfectly here."

Traoré helped the Tigers to a 53-6 record over the past two seasons, including back-to-back invitations for the Utah high school independent school to the prestigious GEICO High School National Invitational and a ranking as high as No. 2 nationally.

The 6-foot-7, 235-pound Traoré averaged 9.2 points, 5.6 rebounds and 1.7 combined blocks and steals per game as a junior in 2019-20 at Wasatch Academy, when he played primarily behind five-star center Mady Sissoko, who signed with Michigan State. But when Sissoko was forced out of action with a hand injury for the first few months of the season, Traoré became the go-to post player for the Tigers, and his recruiting took off.

How the 6-foot-7 native of Mali, West Africa, came to BYU is even more impressive than Lohner, a Texas native who played two seasons at Wasatch Academy, or Saunders, who prepped at Riverton before his family moved to Sanpete County and will play for head coach Mark Pope after returning from a two-year church mission.

But he knew his teammates who signed there, his coaches who were familiar with the program, and he came to know Pope and his staff of assistants, including Cody Fueger and Chris Burgess. So when it came time to sign with the Cougars, Traoré felt like he fit in, namely alongside the likes of Lohner, a former Utah commit, and Saunders.

"They all understand the idea of sacrificing for something bigger than themselves. They're carbon copies of each other, with big, beautiful hearts."

Traoré doesn't have much in common with BYU, or at least he didn't before arriving in Utah, knowing little English. A Muslim by faith, Traoré bonded with then-Wasatch Academy coach David Evans and current head coach Paul Peterson, who both played at BYU-Hawaii, and he became more comfortable with Christianity and the Latter-day Saint faith.

That led to a recruitment that spanned the country, with offers from Seton Hall and Utah State, before Pope stepped in. Perhaps the recruitment of the church-run school in Provo seems like an odd fit for Traoré, who speaks English, French and Bambara — but the common language of basketball eventually won him to sign with BYU.

"This is a great moment for Foos," Peterson said Thursday. "I've had a lot of deep talks, ups and downs, frustrating moments, good moments. You get really emotional thinking about his journey to America, and knowing he is fulfilling what he came to America for.

"Now he's moving on to the next chapter. I think everybody knows how we feel about Foos, and just how happy we are."

Big credit also goes to Pope, who famously made a recruiting trip to Mali while recruiting Sissoko but kept a scholarship open for Traoré as he followed his recruiting. That scholarship paid off Thursday in the 6-foot-7 big man's pledge to BYU.

"I can't wait to play for Coach Pope," said Traoré, in between thanking his family and coaches at Wasatch Academy as well as AAU program Jimmer Elite, which is run by former BYU stars Marty Haws and Kevin Nixon. "Every time I speak with him he has so much energy and passion and makes me feel amazing as a player and a person. He really believes in me and I'm looking forward to playing for him at BYU."