Locals in the NFL: Alex Smith played in his first NFL game in 693 days, more from Week 5 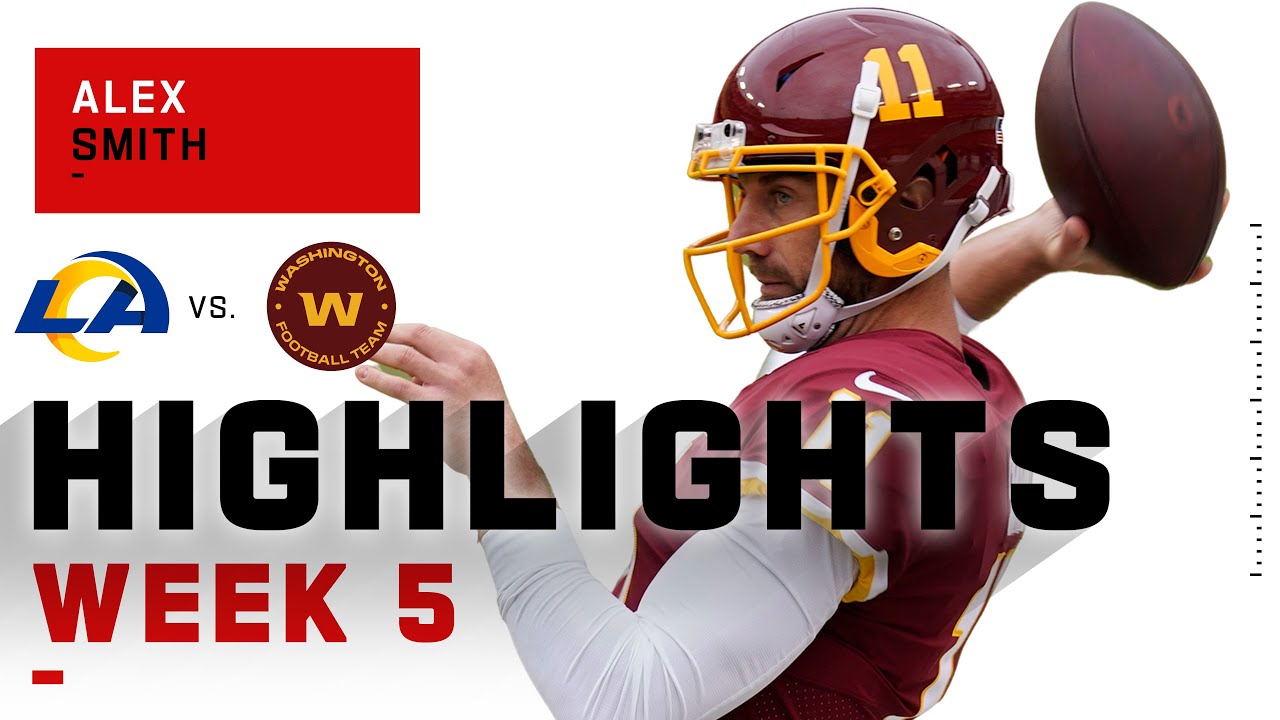 Every Alex Smith Play in Return From Injury | NFL 2020 Highlights 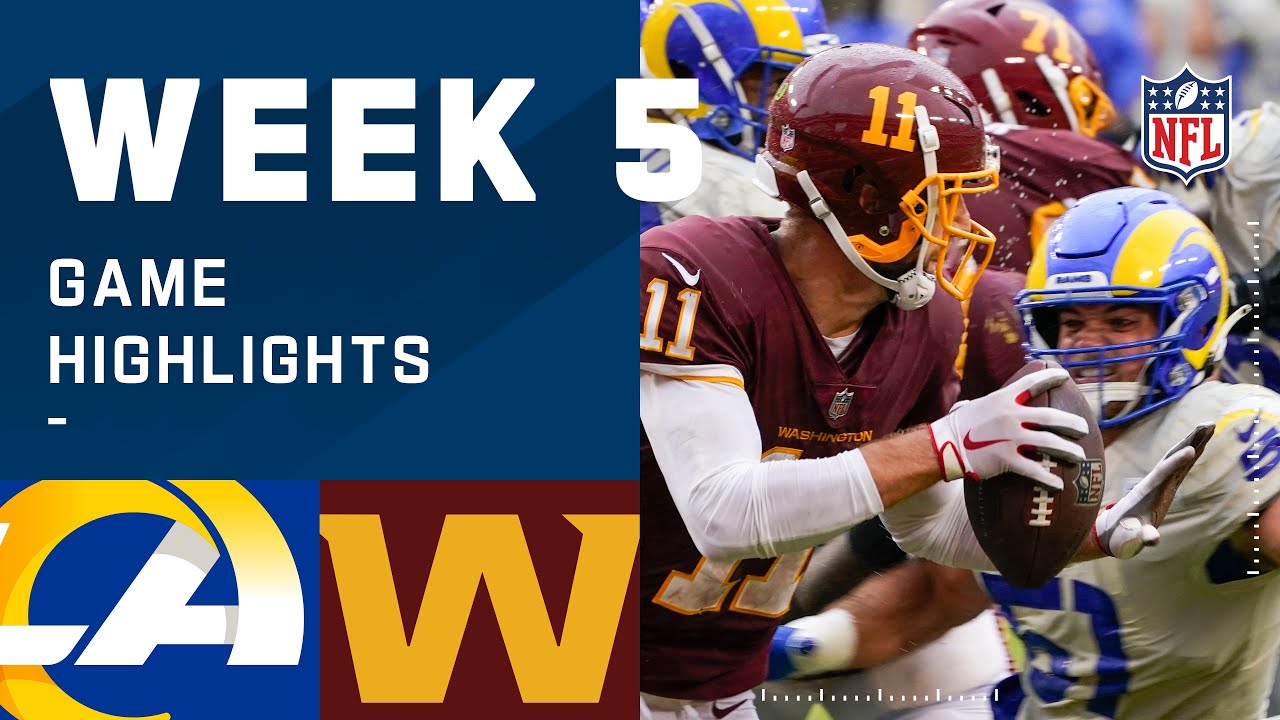 AROUND THE SHIELD — The best moment in the NFL’s Week 5 of the regular season — and one that will be hard to top all year — came with two minutes left in the second quarter of the Washington Football Team’s 30-10 loss to the Los Angeles Rams.

Regardless of the overall result, former University of Utah quarterback Alex Smith won the NFL that day. And while his team without a nickname was on the wrong side of the win-loss column, Smith became the biggest winner — not just for the day, but for a year that has been nearly three years in the making.

Smith came off the bench to play in his first game since Nov. 18, 2018 — 693 days after a sack against the Houston Texans ended his season, nearly (should have?) ended his career, and could have ended his life.

The 36-year-old from Bremerton, Washington, didn’t lead his team to a victory, but he did finish Washington’s loss completing 9-of-17 passes for 37 yards, and was credited with a 1-yard scramble.

Sunday’s loss was a victory for Smith, for the doctors and medical team that worked endlessly on his surgery and rehabilitation, and for his wife Elizabeth and their children.

“The list of people that have helped me as far as getting back is so long, the amount of people that I relied on over the last two years, I’m so thankful for them,” Smith told reporters after the game, “and it’s something I try to let them know as often as possible — not just today.”

But it also came in a loss, and Smith — whether at Helix High in La Mesa, California, or the U., or any of his three NFL teams in 16 seasons of over 34,000 yards and 193 touchdowns — is a competitor. So the loss is what stood out the most, even as he walked to the podium to address the media virtually for the first time after a game since 2018.

Smith broke the tibia and fibula in 2018, prompting fears from doctors and medical personnel that he may need to have his right leg amputated. Doctors later discovered a bacterial infection among the necrotic tissue in the leg, and Smith underwent 17 surgeries to repair the damage — but by a modern medical marvel, his leg was saved and Smith was able to eventually return to practice.

All the while, he vowed to return to the field. Washington kept him under contract — a four-year, $94 million deal signed in 2018 that averaged $23.5 million annually, according to Spotrac.

But he did more than rehab. Smith joined the team in fall camp, earned a spot on the 53-man roster, and finally played his first snaps of the 2020 season Sunday. With Dwayne Haskins inactive, Smith was the No. 2 signal caller in Washington and finished with two dozen snaps, taking five sacks and fumbling once.

He earned the respect, not only of his teammates, but of the other sideline.

“It’s incredible what he has overcome,” Rams coach Sean McVay said. “You almost wish it were in better conditions. Weird to say when it’s also our defense making things difficult for him. I’m just so impressed with him.”

It wasn’t his best game, by his own admission. But after two years away from the game, Smith has learned to appreciate everything football gives him — both good and bad.

“Not necessarily envisioning coming off the bench, or certainly the downpour, the quarterback’s worst nightmare. But it was great to be out there,” Smith said after the game with a smile.

“I’ve worked the feelings, the range of emotions, the good and the bad — it’s why I fought so hard to come back. You can certainly take it for granted, and being away for a couple of years, I’ve missed it.”

Nate Orchard came off the bench at defensive end for Washington (1-4), and fellow Utah alum Terrell Burgess made a substitute appearance for the Rams (4-1).

Here’s how other former local high school and college footballs standouts did in Week 5 of the 2020 season. Taysom Hill, Marcus Williams and the New Orleans Saints will face Michael Davis and the LA Chargers on Monday Night Football, while Zack Moss, Taron Johnson and the Bills had their game against Tennessee moved to Tuesday due to COVID-19 protocols.

Former BYU linebacker Sione Takitaki made four tackles off the bench, and added two more stops on special teams, to help the Browns top the Colts.

Graduated Salem Hills quarterback Porter Gustin started at defensive end for the Browns (4-1), who have won four of their first five games for the first time since 1994.

Former Utah defensive back Julian Blackmon, who prepped at Layton High, compiled four tackles while starting at free safety for the Colts (3-2).

Former Utah cornerback Eric Rowe had four tackles with two pass breakups in the Dolphins’ win over the 49ers.

Fellow BYU grad Fred Warner had a game-high 11 tackles, including a quarterback hit and a tackle for loss for the Niners (2-3). Former Utah punter Mitch Wishnowsky averaged 44.3 yards over three punts for San Francisco.

Utah State alum Bobby Wagner and Utah’s Cody Barton, who prepped at Brighton, tied for a game-high 14 tackles apiece as the Seahawks stayed unbeaten by rallying past the Vikings.

Highland High alum Bryan Mone, who played collegiately at Michigan, also had a tackle for Seattle, which improved to 5-0 after Russell Wilson threw a 6-yard strike to D.K. Metcalf with 15 seconds left.

Wilson's final drive was made possible by Wagner's final tackle, when the Aggie alum combed with Benson Mayowa to stop Vikings receiver Adam Thielen on fourth-and-1 at the Seattle 6-yard line prior to the QB's 30th game-winning drive of his career.

Former Stansbury High and Weber State guard Sua Opeta rotated on the offensive line for the Eagles (1-3-1) in a loss to the Steelers (4-0).

Former BYU and Utah linebacker Francis Bernard, who prepped at Herriman, came off the bench for Dallas (2-3), who converted a pair of field goals in the final 1:56 after starting quarterback Dak Prescott was carted off with a gruesome ankle injury.

Kyler Fackrell returned his first career interception 46 yards for a touchdown to lead the Giants (0-5). The former Utah State star who started at linebacker also recorded three tackles, a tackle for loss and a pass breakup.

Kyler Fackrell takes the tipped pass to the house 🏠 #TogetherBlue

Former Utah standout Kylie Fitts started at outside linebacker and finished with three tackles in the Cardinals’ win over the Jets.

Fitts also jumped on a loose ball after Joe Flacco was sacked by the Cardinals (3-2) in the fourth quarter, but the Jets retained possession of the fumble. Fellow Utah alum Leki Fotu, who prepped at Herriman High, added a tackle for loss off the bench for Arizona.

Former Utah State defensive back Nevin Lawson had a team-high six tackles, a sack, a quarterback hit and a pass breakup for Las Vegas (3-2), and Herriman product Andre James rotated on the Raiders’ offensive line.

Former BYU safety Daniel Sorensen made eight tackles and a quarterback hit for the Chiefs (4-1), and Utah State running back Darwin Thompson played on special teams for Kansas City, which is led by former BYU offensive lineman Andy Reid.

Former SUU cornerback LeShaun Sims had two tackles and a pass breakup for the Bengals (1-3-1) in a loss to the Ravens (4-1).

Utah State’s Tyler Larsen came off the at center to help the Panthers (3-2) past the winless Falcons, who fired coach Dan Quinn and general manager Thomas Dimitroff after an 0-5 start.

Former Utah cornerback Jaylon Johnson made two tackles in another start for the Bears’ win over Tom Brady and the Buccaneers (3-2).