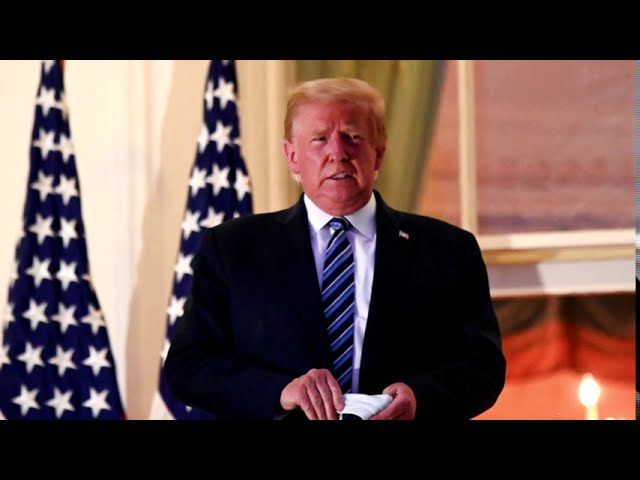 WASHINGTON (Reuters) — Prospects for more aid for Americans struggling through the COVID-19 pandemic and U.S. airlines seeking to avert a wave of layoffs crumbled on Tuesday when President Donald Trump ended negotiations with Congress over a large coronavirus bill.

"I have instructed my representatives to stop negotiating until after the election when, immediately after I win, we will pass a major Stimulus Bill that focuses on hardworking Americans and Small Business," Trump wrote on Twitter a day after emerging from a hospital stay for COVID-19 treatment.

"OUR GREAT USA WANTS & NEEDS STIMULUS. WORK TOGETHER AND GET IT DONE," the Republican president tweeted on Saturday from the military hospital where he had been undergoing treatment.

Meanwhile, House Democrats questioned whether medication the president is taking to combat the coronavirus has clouded his judgment.

In abruptly ending negotiations on another bill to stimulate the economy, Trump insisted that the Senate instead focus exclusively on confirming Amy Coney Barrett to the Supreme Court seat left vacant with last month's death of Justice Ruth Bader Ginsburg. Barrett's confirmation would cement a 6-3 conservative majority on the court.

The United States has an estimated 7.5 million coronavirus cases and more than 210,600 deaths, the highest in the world.

Senate Majority Leader Mitch McConnell, who had been cool to a large new aid package, told reporters he supported Trump's move. He said he thought the Republican president believed that a deal with Democrats was not in the offing and that "we need to concentrate on the achievable."

But Republican Representative John Katko, who is from a New York district that Democrat Hillary Clinton won in the 2016 presidential election, urged Trump to reverse his decision.

"With lives at stake, we cannot afford to stop negotiations on a relief package," Katko wrote in a tweet.

Another Republican, Senator Susan Collins, who is in a tough re-election race in Maine, said Trump's move was a "huge mistake."

...request, and looking to the future of our Country. I have instructed my representatives to stop negotiating until after the election when, immediately after I win, we will pass a major Stimulus Bill that focuses on hardworking Americans and Small Business. I have asked...

Among the provisions that were being discussed by House of Representatives Speaker Nancy Pelosi and the Trump administration were a new round of direct payments to individuals like the $1,200 checks dispatched earlier this year amid huge job losses and a possible new $25 billion bailout of U.S. passenger airlines to keep tens of thousands of workers on the job for another six months.

Pelosi, saying the White House was in "complete disarray," held a call with fellow House Democrats and raised the question of whether a steroid Trump is taking to battle his COVID-19 had clouded his judgment.

“'Believe me, there are people ... who think that steroids have an impact on your thinking,'" Pelosi said, according to a source on the call.

Pelosi said lawmakers would pass more aid, despite Trump's refusal to negotiate. "We will have a stimulus bill," she said in an online conversation Tuesday evening with journalist Jonathan Capehart. This could happen in the post-election "lame duck" session of Congress, or lawmakers could put coronavirus relief provisions in must-pass government spending bills, she said.

Pelosi and Treasury Secretary Steven Mnuchin had been talking regularly over the past week as they tried to narrow the gap between a recent Democratic call for around $2.2 trillion in new spending to battle the pandemic and bolster the economy, versus about $1.6 trillion sought by the administration.

Cleveland Federal Reserve Bank President Loretta Mester told CNBC that "the recovery will continue without it, I think, but it' s going to be a much slower recovery and it's disappointing that we didn't get a package done."

Four weeks before the presidential and congressional elections, opinion polls show that dealing with the pandemic is a top priority of voters, many of whom think filling Ginsburg's Supreme Court seat should wait until after Election Day.

In recent days, financial markets had been hopeful that progress toward a COVID-19 vaccine and another round of economic stimulus from Congress would boost the U.S. economy, which has been showing signs of renewed weakness.