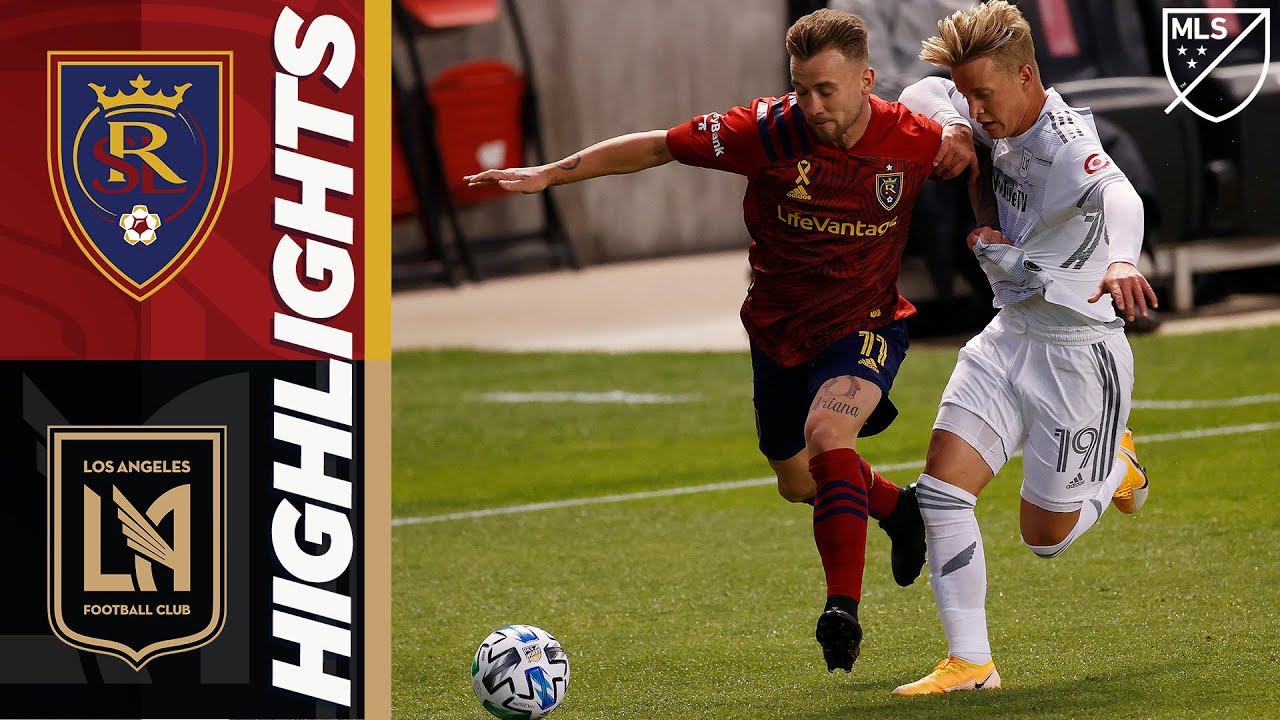 SANDY — In the three days since suffering their first loss of the MLS Phase 1 regular-season restart in the Twin Cities, Real Salt Lake players and coaches have contended strongly that last Sunday’s defeat was nothing more than a bump in the road.

They needed an answer.

What they got was Damir Kreilach. Loose translation: “LAFC killer.”

At least, it may be now.

Kreilach had a goal and an assist, and Justin Meram added a goal to help Real Salt Lake pull away from Los Angeles FC, 3-0 in front of an announced crowd of 4,147 fans Wednesday night at Rio Tinto Stadium.

“I think those guys don’t like to play against Damir. They leave him too open in the box, and don’t realize he’s a goal scorer,” RSL assistant coach Tyrone Marshall said with a sly grin. “Damir is a classy player; Maikel Chang played a perfect ball to him and found that gap. Damir is a player that comes around every 10 years and can play any role for us.

“Damir’s the LAFC killer for us, and we’re going to ride him as much as we can. We need it with those quick turnaround games.”

Kreilach has four goals against LAFC, which is second only to former LA Galaxy designated player Zlatan Ibrahimovic’s nine, according to Opta stats.

Albert Rusnak converted a penalty in the 79th minute for Real Salt Lake (3-2-5, 14 points), which got eight saves from goalkeeper Andrew Putna in handing LAFC (3-4-3, 12 points) its second straight shutout.

With the win, RSL is unbeaten in four of its last five, though two have come via draw. The club has claimed at least a point off every match of the MLS Phase 1 restart except last Sunday’s 4-0 loss at Minnesota United.

Kreilach scored his fifth goal of the season just nine minutes into the match, redirecting Chang’s teed-up ball off his head to put the hosts up 1-0 early on the shorthanded visitors.

LAFC had lost three of its last four matches in MLS play, including a 3-0 defeat to rival LA Galaxy. But the newcomers to the City of Angels had never lost at Rio Tinto Stadium, having beaten RSL by a combined 7-1 in two previous meetings in the Salt Lake Valley.

Maikel Chang delivers a gem to give #RSL an early advantage. #RSLvLAFCpic.twitter.com/aS5toAFugR

For the first time in MLS Phase 1, or the league's return to home markets since shutting down in mid-March due to the novel coronavirus pandemic, RSL took the first lead of the match.

Also for the first time, they never gave it back.

“In the last four games, I believe we were always coming from behind and it’s just a psychological thing,” Rusnak said. “Once we score the first goal, the other team has to open up and leaves open more space.

Meram needed just two minutes after halftime to double RSL’s lead, cleaning up a loose ball that pinged off several players — including Kreilach — before finding the back of the net. The MLS journeyman’s goal was his second in an RSL uniform, and first at Rio Tinto Stadium for the Salt Lake newcomer.

If Kreilach’s goal was the gamewinner, his assist on Meram’s strike proved just as crucial, Marshall said.

“The first goal was important, and we got that,” Rusnak said. “Then we actually improved in the second half, and the result was another two goals.”

"Folded him up like a cheap suit." 🤣@JustinMeram x #RSLpic.twitter.com/ctGz2ITJUj

RSL put up 19 shots against LAFC, including Kreilach’s strike, his team-high fifth goal in all competitions in 2020.

The visitors, for their part, posted 18 shots on the road. But RSL’s back line of Nedum Onuoha, Justen Glad, Donny Toia and Aaron Herrera held them to just eight shots on goal, and Putna did the rest.

“It was a team clean sheet,” said Putna, who earned his first shutout of the season. “We had a couple of big blocks from Nedum, Justen and Aaron in the second half. We did what we had to do.”