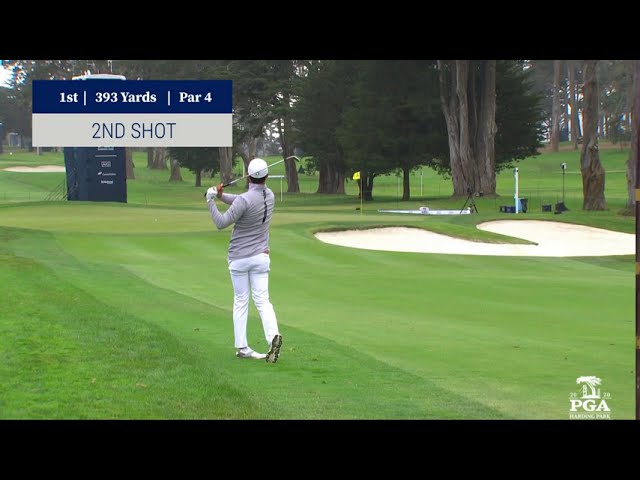 SALT LAKE CITY — Tony Finau will go into the weekend at the PGA Championship, and he’s not out of contention.

Finau fell seven spots Friday after shooting even-par 70, keeping him in the top 20 at five shots off the lead before the weekend at the first major tournament of the amended PGA Tour calendar.

“I think even-par is respectable,” Finau told PGA media after his round Friday evening. “I didn’t shoot myself out of the tournament.”

The West High graduate, who is tied for 16th, will have to rally into contention for his first major championship on tour. Finau has just one PGA Tour victory since turning pro in 2007, though he has five top-10 finishes in 2020 alone — including a runner-up finish at the Waste Management Phoenix Open earlier this year and a third-place spot at the 3M Open more recently.

It’s far from an insurmountable gap, though.

“On this golf course, I definitely think being five shots off the pace with 36 to go, you’ve got a chance to make some noise and still be in contention,” he said. “I’m happy about that.

“I had some opportunities to shoot myself in the foot on the back nine, and I was able to make some putts. I think pars were a good score coming down the stretch. It started to get a little colder, a little windier, and I don’t think you saw too many crazy low scores in the afternoon.”

The Rose Park native started off well with a pair of birdies on the first four holes, but played 2-over the rest of the way, including a bogey on the par-4, 380-yard 18th hole at Harding Park in San Francisco to finish at 3-under 137 after 36 holes.

Finau hit 75% of his greens in regulation — the sixth-best mark in the field, but was just 39% off the tee. That’ll be where he hopes to improve most for the weekend.

“I hit it a couple more times in the rough on the back nine, and it makes it really hard to make a run and have birdie looks,” he said. “I’ve got to find a few more fairways on the final 36.

“The game is in a good spot, and I’ve been in this position before. I know I can make birdies. I’ve just got to limit the mistakes.”

Haotong Li leads the tournament at 8-under 132. The 25-year-old Chinese golfer is two shots ahead of a group that includes Jason Day, Justin Rose and defending champion Brooks Koepka at 6-under, and five shots up on Finau.

Finau will have some work to do to contend for his first major title. But fellow pros believe it would be foolish to count him out, too.

“I think Tony is a tremendous player,” Steve Stricker said. “He’s got a lot of talent, a lot of length, and he’s even tapping into that part a little more. But he’s also a great kid, wonderful to be around.

“I think he’s just trying to figure it out a little more as he goes along here. He will.”

Utah's Zach J. Johnson, the club pro at Davis Park Golf Course, missed the cut at 21-over. Johnson, who is not to be confused with his more famous PGA Tour counterpart Zach Johnson, shot 9-over 79 that included a birdie on the par-3 17th hole Friday.