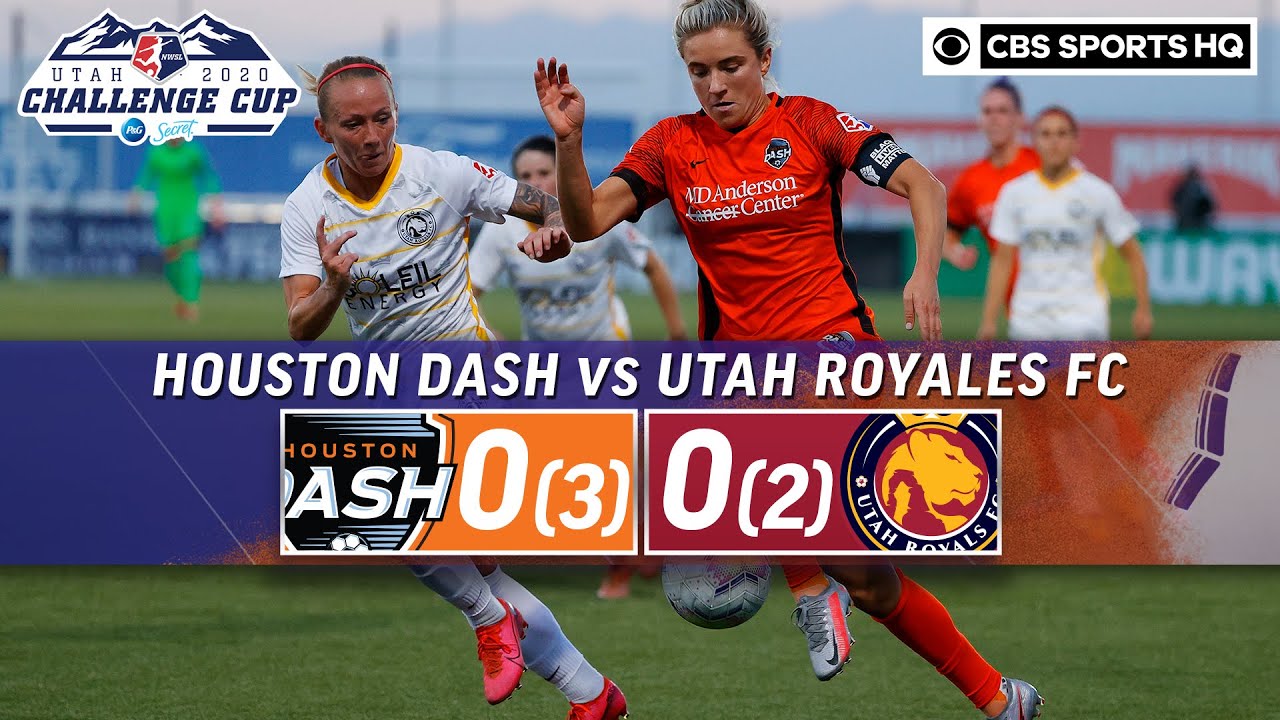 HERRIMAN — After Utah Royals FC played the Houston Dash to a thrilling 3-3 draw in both club’s first match of the NWSL Challenge Cup, few would’ve expected a defensive slugfest.

Then again, after Portland flipped the tournament on its head by knocking out top-seeded North Carolina in the first quarterfinal, why would anyone expect anything different?

Gritty. Physical. Even a bit grimy, at times.

And in the end, the two most polarizing words in soccer: penalty kicks.

Jane Campbell made three saves, and the Dash held off the host Royals 3-2 in a shootout following a scoreless regulation period Friday night to advance to the Challenge Cup semifinals.

The result stings for the Royals, who were looking for their first knockout tournament victory in the three-year history of the franchise. Instead, that record will go to the Dash.

“This team has heart,” Utah captain Amy Rodriguez said after the match. “It was so much fun to play with my teammates. We’ll rally again, and I’m already looking forward to next year already.”

After Vero Boquete’s penalty attempt was saved by Campbell — her third of the shootout — the Utah midfield ace pointed the ball toward the mostly empty stands in frustration.

It was that kind of night for the Royals, who opened the tournament with a 3-3 draw and a 1-0 win over Sky Blue FC — and didn’t score a single goal in the final three matches of the eight-team tournament that will likely serve as the 2020 NWSL season.

“Vero’s a crazy good player,” Campbell said. “I don’t know if I saw anything, but I knew I had to save it to win. It could’ve been an adrenaline thing, but I guessed correctly, and kept it out.”

Campbell opened the shootout by pushing Rodriguez’s rip into the crossbar, setting the tone for the rest of the shootout, in many ways.

“It’s unfortunate to go down like that,” Rodriguez said. “I take great responsibility, hitting the crossbar on my PK. But before we started, I said win or lose, we love each other. We have each other’s backs.”

Lo’eau LaBonta and Tziarra King each slotted home a penalty kick, and Abby Smith pushed one Houston attempt aside. But Campbell was too much for the Royals, much like she was all night.

“Hat’s off to Utah,” said Campbell, who also made two saves on four shots faced in regulation. “That was an unreal game, and we knew coming in it would be a tough game. We knew going to penalties would be a real possibility.”

But before the shootout, Houston star and England international Rachel Daly gathered her team, and gave them one simple mantra: Put the ball in the back of the net — and Jane, do your job.

“We’ve got some very good penalty takers on this squad,” she later said.

Utah’s challenge became even more difficult after just 10 minutes when starter Elizabeth Ball was pulled off with an injury. The reliable center back was subbed with a left leg injury, and replaced by versatile converted midfielder Gunny Jonsdottir.

The Dash didn’t register a shot on goal in the first half, but Nichelle Prince tagged the right post with a rip in the 39th minute that narrowly missed the back of the net. Houston out-shot the Royals 5-3 before halftime.

Abby Smith made one save in regulation, and Utah’s defense pushed aside or blocked eight other shots in a chippy match wherein both teams combined for 23 fouls and six yellow cards.

But it was the Dash that carried the moment of a stodgy regulation into the shootout, leaving the game in the oversized gloves of their one-time U.S. international goalkeeper.

“I think PKs for anyone are very nerve-wracking. It’s a different type of pressure. But I love them,” Campbell said. “I wouldn’t want the team to feel any pressure. I would’ve rather had that pressure on me. Just relax, and go bang them in.”

Houston advanced to face Portland in the Challenge Cup semifinals.

At Herriman, Morgan Weaver scored the only goal of the match in the 68th minute, third-string goalkeeper Britt Eckerstrom made it stand up to help the Thorns shock the two-defending champion Courage in the first quarterfinal.

Weaver slid home a cross into the box from Rocky Rodriguez in the 68th minute, and the rest was history.

“I knew coming in today that we would get the win,” Weaver said. “We were very confident in ourselves.

“We don’t want to go home. We want to stay here in the bubble. I think it really showed in our grit.”

Eckerstrom made eight saves in facing 21 shots as the Courage peppered her in goal. Free kicks, corner kicks, and anything from the run of play, North Carolina tried everything to break through against the former third-string Portland keeper.

They simply could not.

“We train every day to make sure that we’re ready when the time comes,” said Eckerstrom, who hadn’t played in a match since August 2019 prior to Friday. “So it comes to stepping in and doing what we practice, really.”