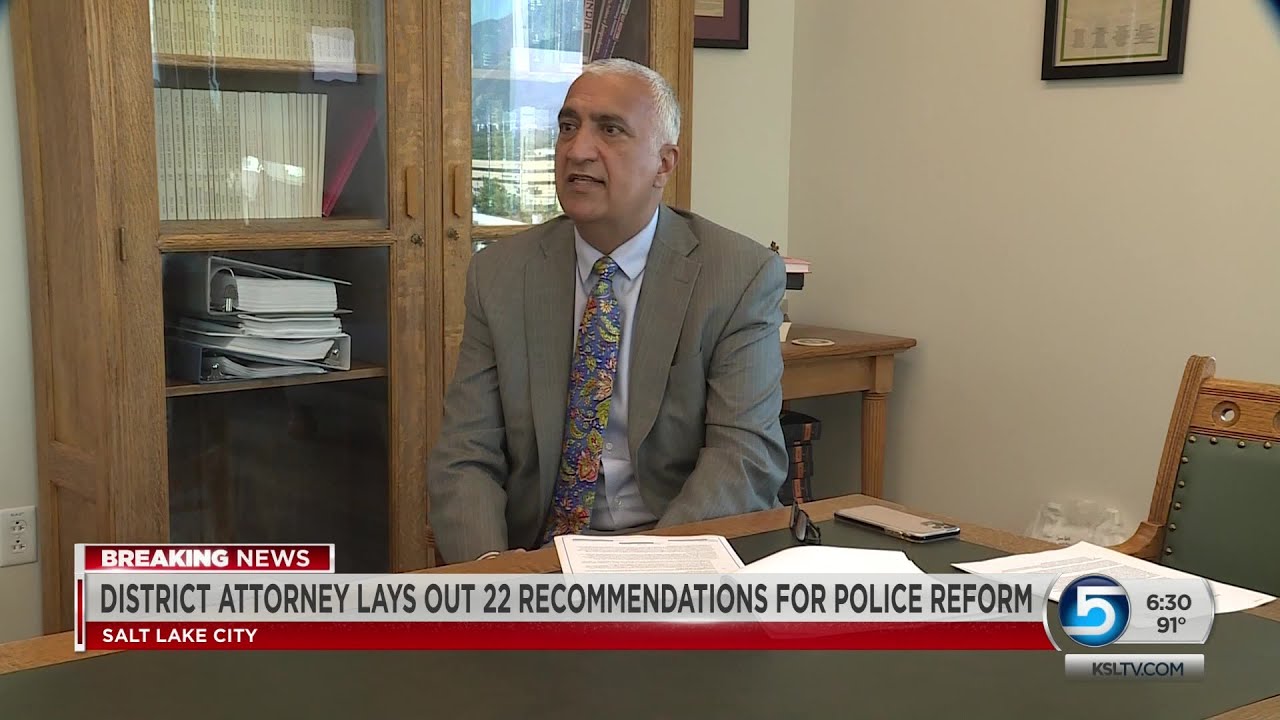 SALT LAKE CITY — Four days after finding that the fatal shooting of Bernardo Palacio-Carbajal was legally justified, the district attorney is proposing state law be changed.

Salt Lake County District Attorney Sim Gill sent an open 15-page letter Monday to Gov. Gary Herbert, the candidates looking to replace Herbert in the next election, and members of the Utah Legislature with his recommendations on how to change the law on officer-involved shootings.

“The laws justifying deadly force in Utah are more generous to law enforcement officers than to other members of our community,” Gill states in his letter. “The time has come to re-examine and, we hope, reset the balance of justice in this state and in this country. Put another way, if we want different outcomes, we need different laws.”

While he is obligated to use the guidelines established by state law to determine whether the use of deadly force by an officer is justified, Gill has said in the past that he does not agree with the law.

In his letter, Gill makes 22 suggestions that he hopes will “provide many alternatives and points for discussion and debate in support of a crucial and long-delayed examination by policy makers, at all levels of government, of the appropriate balance between the sworn obligation of law enforcement to protect the public, on the one hand, and the constitutional and human rights of our residents and communities, on the other hand.”

Utah lawmakers created the use of force statute years ago which “would permit an absolute defense and bar to prosecution of law enforcement officers whenever an officer, having used deadly force, reasonably believed the subject posed a serious threat to the officer or to any other individual,” according to Gill’s letter.

An officer is also required, if possible, to issue a verbal warning prior to using deadly force.

One of Gill’s proposals is to apply to law enforcers the same legal standards used when determining if a citizen shoots someone in self-defense. The main differences are that citizens can only claim self-defense to prevent certain certain crimes, and the person is in imminent danger, and that person is not the one who was the aggressor in the first place or provoked the use of force.

Another proposal is to change state law to allow prosecutors the option of considering “whether less-lethal force was reasonably available and would have been effective when determining whether the justification defense is available,” according to Gill’s letter.

Police use of force: The KSL Investigators explore policy & law

It’s been more than 30 years since case law came out of the courts, dictating when an officer can use deadly force.

Gill also believes that in cases of mentally ill people who are threatening to harm themselves and are in a position where they cannot escape from police but police are at a distance, more should be done to try and de-escalate a situation.

“In those cases, both common sense and human empathy dictate that de-escalation and self-restraint should be used whenever possible,” he wrote, while proposing to amend the law so prosecutors could “consider an officer’s failure to attempt de-escalation, or the officer’s own escalation of the situation” when determining if a shooting is justified.

Gill is also proposing stiffer penalties for officers who believe they are using deadly force under justifiable circumstances, but are mistaken about what is really going on.

“Nationwide, some of the most tragic, inexcusable deaths at the hands of law enforcement involve situations where a person was misidentified as a suspect or someone unarmed was shot under a mistaken belief the person was holding a gun,” the letter states.

Other proposals include not allowing the law to protect an officer whose shooting was brought on by the officer’s own criminal negligence; allowing prosecutors to convene grand juries as an investigative tool for police shootings; creating a statewide database that records officer misconduct; and improve and mandate extensive training on less lethal force and de-escalation techniques.

Gill concludes his letter by acknowledging the use of deadly force statute has been under scrutiny for years.

“As the last two months of protests both here and across the country demonstrate, application of the current legal standards for officers’ use of force has produced outcomes that are questioned, reasonably, by many in our communities. When expectations of the community collide so strongly with what the law requires, a re-examination of what the law is, and a fulsome discussion of where it might go, is not just timely but crucial.”