SALT LAKE CITY — Here's the latest on various wildfires burning around the Beehive State on Sunday.

The city of Saratoga Springs has tweeted that residents in two southern neighborhoods are being asked to evacuate immediately due to the Knolls Fire.

Southbound Redwood Road was closed in the area.

Later in the afternoon, Saratoga Springs city officials asked all residents who live south of Grandview Boulevard on the west side of Redwood Road to evacuate their homes due to the fire.

For more information about the Traverse Fire near Lehi, click here.

If you’re on a mobile device and can’t see the updates below, click on this link.

Updates on 4 wildfires across Utah

No volunteers needed for Knolls Fire, some donations welcomed 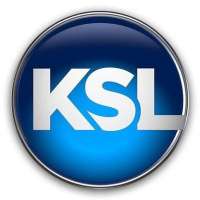