SALT LAKE CITY — State health officials are in the process of buying a mass of anti-malarial drugs to treat up to 200,000 of Utah’s COVID-19 patients, despite objections from medical experts.

The plan is to distribute the drugs to local pharmacies across the state so the treatment will be available “free of charge to patients, provided the patient has a prescription from a licensed physician certifying they have an active case of COVID-19,” Tom Hudachko, a spokesman for the Utah Department of Health, said in an email Tuesday.

The contract to buy the treatments from Meds in Motion, a Utah pharmacy that has stockpiled the drugs, hasn’t been finalized, so the “final pricing isn’t yet determined,” Hudachko said.

State leaders including Senate President Stuart Adams, R-Layton, have been supportive of exploring treatment options using the drugs, which include chloroquine and hydroxychloroquine.

“Through a public-private partnership, Utah acted early to secure doses of hydroxychloroquine, which the FDA has approved to treat patients with COVID-19,” Adams said in a prepared statement Tuesday. “This medication has been used safely for over 70 years to treat patients with diseases such as lupus, malaria and rheumatoid arthritis. More and more studies are showing positive outcomes when COVID-19 patients are treated with hydroxychloroquine.”

While hydroxychloroquine has been touted by President Donald Trump as a potential “game changer,” some medical experts have urged state officials not to buy the drugs, pointing to lack of scientific data showing the drugs can safely treat COVID-19.

Rep. Suzanne Harrison, D-Draper, who is a physician and a past president of the Salt Lake County Medical Society, said she has “concerns about the state spending taxpayer dollars on unproven treatments with significant risks.” She said the drugs belong in clinical trials, not in pharmacies.

Harrison noted a group of infectious disease physicians have “formally recommended the state not make this purchase.”

“The state didn’t listen,” she said. “We need decision-makers to listen to the medical experts in tackling this pandemic. This is key to saving lives and also effectively mitigating the economic impact of this crisis. Listening to medical experts will help people and businesses quickly and safely get back to work.”

Adams said Utah is “doing everything it can” to fight COVID-19 and “get citizens back to work and normal life.” He said hydroxychloroquine is “one possible voluntary treatment option” and he appreciates “everyone who is contributing resources and expertise during this pandemic.”

“If this treatment works, Utah will be ahead of the curve in having a supply for COVID-19 patients without interfering with supplies needed for current users,” Adams added. 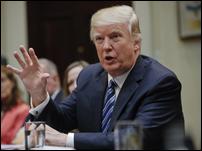 A malaria drug widely touted by President Donald Trump for treating the new coronavirus showed no benefit in a large analysis of its use in U.S. veterans hospitals. There were more deaths among those given hydroxychloroquine versus standard care, researchers reported.

The Utah Legislature last week passed a bill to grant liability protections to medical providers who prescribe off-label or experimental drugs for treatment. Those experimental drugs would include hydroxychloroquine and chloroquine since they have not been approved for COVID-19 except for in clinical trials.

Harrison noted hydroxycholoroquine is already available through normal channels if prescribed by a physician.

“Why is the state stepping in here with taxpayer dollars?” Harrison asked. “How much is the state spending on this? We don’t know because the contract isn’t public.”

Hudachko said in his statement the overall costs will be shared between the state and federal governments, likely with the state paying 25%.

“Once the financial arrangements are resolved, we’ll be able to provide more information about the cost,” he said.

“We have concerns that some of our colleagues seem comfortable doling out taxpayer money for an unproven drug that may ultimately do more harm than good,” the statement said, adding there is “little to no evidence” that hydroxychloroquine and chloroquine are effective, and pointing to a recent Veterans Administration study that found the drug may actually endanger COVID-19 patients rather than help them with routine care.

“With clinical studies of the unproven drug ongoing, public health experts have discouraged the state from jumping on the chloroquine bandwagon,” House Democrats said. “To make matters worse, our colleagues quietly pushed the state to buy the stockpile of Dan Richards of Meds in Motion, a pharmacist lobbyist, with precious taxpayer dollars to compound the unproven drug without public scrutiny.”

The state didn’t listen. We need decision-makers to listen to the medical experts in tackling this pandemic. This is key to saving lives and also effectively mitigating the economic impact of this crisis.

Democrats argued there is “absolutely no need for us to spend money on this drug now,” noting pharmacists have reported no shortages for patients who need the medicine.

“We agree that some people should have access to experimental drugs when no other options exist,” the Democrats’ statement said. “However, using millions of dollars of taxpayer money to purchase a drug that has not been proven to help COVID-19 sufferers seems designed to make money, not to heal.”

Lauren Simpson, policy director of the left-leaning Alliance for a Better Utah, also criticized the move, arguing it will benefit the Utah pharmacist.

“Aided by Senate President Adams, public funds will pay for a private gamble by Meds in Motion that could result in putting some Utahns’ health at risk,” Simpson said. “Medical professionals have expressed serious reservations with unsupervised, off-label use of anti-malarial drugs, and yet lawmakers are playing politics and bankrolling one individual’s speculative business decision at the risk of Utahns.”

“Dan Richards made a business investment by purchasing raw chemical powder that can be compounded into chloroquine and hydroxychloroquine, then lobbied President Adams to push the medication,” Simpson said. “Adams and Richards have both publicly advocated for the off-label use, in spite of the risk and warnings from medical professionals.”

Richards did not respond to a request for comment Tuesday.

Adams, in his prepared statement, said “I encourage everyone not to make this about politics and instead look for solutions.”

Dan Richards made a business investment by purchasing raw chemical powder that can be compounded into chloroquine and hydroxychloroquine, then lobbied President Adams to push the medication. Adams and Richards have both publicly advocated for the off-label use, in spite of the risk and warnings from medical professionals.

–Lauren Simpson, policy director of the Alliance for a Better Utah

Senate Majority Leader Evan Vickers, R-Cedar City, who is also a pharmacist, told KSL in an interview Tuesday he’s not been involved on the “inside details” of the contract being hashed out with the Utah Department of Health and Richards, but he said he did talk with Richards early on about ways the drugs could be more widely dispersed to Utahns.

Vickers said officials’ reason for purchasing the stockpile is so the health department could “set up a distribution model with pharmacies throughout the state, which could then dispense it on behalf of the department of health.”

“It opens up an avenue as far as how to get it more widely dispensed,” he said. “The health department could look like geniuses if we had a large influx of patients and a need for the medication and everybody felt like that was an appropriate method to treat patients.”

Vickers said the purpose of the purchase is to be “proactive” and to make sure “we have adequate supplies if we got in a situation where we needed a large quantity of medication.” He noted the drug would require a prescription, so it would be up to individual physicians on whether they believe their patients would benefit from the drugs.

Vickers worried the drugs have become “politicized.” He also compared it to medical cannabis — and how some physicians are supportive of using it to treat illness, while others remain opposed due to lack of enough scientific evidence. He said critics of the state’s actions are on “one side of the spectrum,” while state health officials are trying to “navigate somewhere in the middle and prepare for all situations.”

“That’s what the health department is trying to do,” Vickers said.