Regents, University of Utah to host campus safety forum at the U.

SALT LAKE CITY — The Utah State Board of Regents and the University of Utah will host a student safety forum Friday on the U. campus, addressing issues such as campus safety, healthy relationships, mental health and Title IX.

The free but ticketed event will be conducted in conjunction with the regents’ monthly meeting. The forum, to be held at the Cleone Peterson Eccles Alumni House starting at 11 a.m., will feature a keynote address by David Reetz. Reetz is director of counseling and psychological services at Rochester Institute of Technology and president-elect of the Association for University and College Counseling Center Directors.

Melanie Heath, the Utah System of Higher Education’s assistant commissioner for communications and outreach, said student safety is a fundamental concern for Utah’s system of public colleges and universities. Officials are fully aware of how safety and wellness directly impact students, she said.

“Over the last few years, there’s been several high-profile incidents and we, the regents, our responsibility is to make sure that all of the institutions are getting together and sharing best practices. That’s definitely something we can help facilitate,” said Heath.

U. President Ruth Watkins and Utah Board of Regents Chairman Harris Simmons will provide opening remarks and wrap up the day’s events, with Watkins likely to review safety improvements the U. has made in the aftermath of the on-campus slaying of student-athlete Lauren McCluskey in October 2018.

Some of those changes include the hiring of a senior-level chief safety officer, who will speak at the conference, clustering evening classes in quadrants and serving those areas with security patrols, and courtesy escorts and transportation options that include an on-campus on-demand ride service.

Since this fall, all course syllabuses at the U. include a required safety message for students that informs them about campus alerts and how to report suspicious activity, request courtesy escorts or otherwise contact campus police.

The forum will feature experts and practitioners from all colleges and universities in the Utah System of Higher Education, including a breakout session highlighting the student voice moderated by Sheva Mozafari, student member of the board of regents.

Another will focus on campus public safety, with the U.’s first chief safety officer Marlon C. Lynch scheduled to speak along with Sen. Jani Iwamoto, D-Holladay. Iwamoto sponsored campus safety legislation in the aftermath of McCluskey’s murder, which requires public colleges and universities to create campus safety plans, among other requirements. 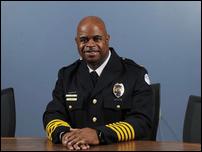 Rodney Chatman has been selected as the new police chief for the University of Utah Department of Public Safety, the U. announced Thursday.

McCluskey, 21, was shot and killed near her campus dorm by 37-year-old Melvin Rowland, a convicted sex offender who was on the Utah Sex Offender Registry at the time of the murder. The two had dated, but McCluskey ended the relationship after she found out Rowland had lied to her about his name and age.

USU overhauled its Affirmative Action and Equal Opportunity services as part of the university’s response to an independent investigation that found gender discrimination and sexual misconduct went unchecked in the school’s music department for years. It determined that Title IX complaints were improperly handled.

There also was a spate of sexual assaults in which USU students were aggressors and victims. In January 2019, former USU football player Torrey Green was found guilty of raping five women and sexually assaulting a sixth.

For an hour and a half Wednesday, ideas were shared in multiple round-table discussions between U. students and university administrators on how to improve campus safety. (Photo: Michael Gordon, Shutterstock,)

On Wednesday, the USU officials announced the university will hire a victim advocate and an investigator who specializes in certain crimes against women using a $125,000 grant from the Utah Office for Victims of Crime.

Heath said the Utah System of Higher Education has, in recent years, worked on a mental health initiative that requires each campus to develop plans to better address mental health services.

The system has co-sponsored an annual Title IX conference, partnering with the Utah Coalition Against Sexual Assault, she said.

Each year, the student body presidents of the state’s colleges and universities select an issue as a legislative priority, which in the past have included expanding mental health services for students and improving how colleges handle sexual assault cases and serve victims, so the topics to be addressed by the forum are “top of mind” for students, too, she said.

“To have a statewide conversation combining all of these goals will definitely help,” Heath said.