OREM — A Pleasant Grove man was charged Wednesday with sexually abusing children of a woman he met at a neighborhood party.

Lincoln A. Gygi, 30, is charged in 4th District Court with five counts of aggravated sex abuse of a child, a first-degree felony, and 10 counts of lewdness involving a child, a class A misdemeanor.

The charges say Gygi occupied a “position of special trust” with the victims.

In 2013, Gygi met a woman at a neighborhood barbecue “and became friendly with her” because “he had served a mission” to her home country, according to charging documents. The woman has two children, a boy and a girl. The girl was 8 at the time and the boy was 9.

Over time, police say Gygi built trust with the woman to the point he was allowed to take them out on excursions.

“Eventually the defendant was giving the children gifts and taking them out on weekly trips to parks, to play soccer, to go out to eat, or to his house in Orem. (The girl) disclosed that during some of these outings, the defendant had the children run around his house or yard naked,” the charges state. 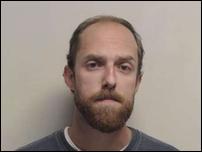 A Pleasant Grove man was arrested after a girl who had lived in his neighborhood reported he "dared" and "challenged" her and a boy to take their clothes off many times three years ago, according to police.

Gygi also had the children engage in “dares or challenges” that included pulling each other’s pants down, according to the charges. He also was in bed naked with the girl on at least three occasions, the charges state.

Investigators believe the abuse happened from the time the girl was in third grade though fifth grade.

A family member of the children told KSL on Sunday that Gygi had earned the family’s trust and had even sometimes taken the kids to church with him when they were neighbors in Orem.

“We started feeling weird about him buying the kids gifts and candy and stuff like that more and more frequently,” the woman said.

She cautioned parents to keep an “open dialogue” with their children. “They need to know that secrets aren’t appropriate,” the family member said.