Pilot dies after crashing plane into his own home, police say

PAYSON — The children of a man who died when he flew a small airplane into his home early Monday morning are still trying to understand what happened.

The deceased was identified as Duane Youd, 47, according to Payson Police Sgt. Noemi Sandoval.

Parker Youd, 17, recalled his last words with his father.

Police arrested Duane Youd about 7:30 p.m. Sunday following a domestic dispute in American Fork Canyon, Sandoval said. Duane Youd was released from the Utah County Jail on bail, then followed procedure in requesting a police escort to retrieve belongings at the home at 584 E. Canyon Road about midnight.

A short time later, Duane Youd flew a Cessna 525 citation jet belonging to a company he had worked for from the Spanish Fork airport and crashed it into his home about 2:30 a.m. Duane Youd died on scene, and his wife and a juvenile inside the home escaped safely, Sandoval said.

On a recording from Broadcastify, an emergency dispatcher told first responders about a phone call from the son of the homeowner saying everyone was out of the house. The caller confirmed it was an airplane that crashed and "advised (that) his stepfather, Duane Youd, flew the aircraft into the home purposefully."

Youd's daughter, Joslyn Youd, drove up from Arizona when she heard about what had happened. She defended her father late Monday afternoon and said she knew he was hurting.

The plane flew underneath nearby power lines and clipped the corner of a garage across the street as it crashed, according to Sandoval.

"It's a lucky thing for us, if anything in this whole situation, is we have the destruction of property and one male deceased, but it could have been so much worse," Sandoval said.

Pictures sent to KSL show the plane in the front yard of the damaged home.

The plane and the house caught fire, but the flames were extinguished.

Another look from @KSLChopper5 above the scene where a small plane crashed into a house in Payson, UT. Pilot was killed, 2 people inside the home escaped the fire. #Utah#breaking#kslam#nbc#planecrash@KSL5TVpic.twitter.com/M44pVvPwFT

More from @KSLChopper5 above the scene in Payson. @newsyCaitlin is on scene, follow her for updates throughout the morning. #utah#kslam#breaking#planecrashpic.twitter.com/hZz1g6tYrL

Police are aware of one other domestic violence incident in which Duane Youd was arrested within the past year, Sandoval said.

Joslyn Youd took a moment to shed a positive light on her father.

“He was an amazing man and would do absolutely anything for anyone. And I feel very, very, very, very blessed to be able to call him my father,” she said.

Parker Youd thought about his father and what it would be like without him going forward.

"I just think about all the things that I'm gonna miss with him and he's gonna miss as I grow older and I'm just gonna miss having my dad," he said.

The National Transportation Safety Board will investigate the incident and plan to have a preliminary report within the next five days.

Canyon Road reopened in the area Tuesday afternoon as Payson police finished their on-site investigation, according to a Twitter posting from police. They released the house back to the homeowners, it said.

Information from the American Foundation for Suicide Prevention.
× 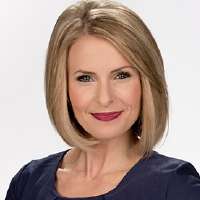