SALT LAKE CITY — Statistics released by the Centers for Disease Control and Prevention show overdose deaths in Utah declined 15.2 percent in the months leading up to the summer of 2017. At the same time, the national average increased by 14.4 percent.

The numbers are preliminary, and the CDC cautioned the deaths may be under-reported. Still, people who work at the Utah Department of Health believe the numbers could be a sign that increased availability of Naloxone is making a difference.

In the first six months of 2017, the state funded an opiate overdose outreach program that distributed nearly 2,000 Naloxone kits. Other programs distributed roughly 1,200 more kits. Seventy-one people were reported to have been saved through those programs, according to the Utah Department of Health.

Tara Thornley said paramedics saved her life with Naloxone after an overdose nearly three years ago. She said the CDC numbers were encouraging.

“It means there’s more hope," she said. "Hopefully, it means there’s a greater chance for someone else to continue on with their life and choose a different path."

Thornley said she and her family members have Naloxone kits in their homes. She believes everyone should have access to them.

“It’s something that everyone should have in their household, even if you’re in a household that doesn’t have drug use going on,” Thornley said. “Having it with you, you could come across someone on the street that needs your help. You could save a life.” 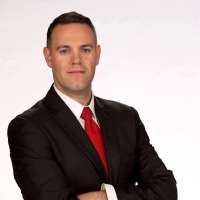