‘Death by GPS’: Officials warn against trusting tech in the wilderness

SALT LAKE CITY — Search and rescue teams are warning hikers to not put all of their trust in their GPS devices.

The advice comes after a Pennsylvania family visiting Southern Utah’s Bryce Canyon National Park went down a snow-covered road and became trapped for two days on their way to the North Rim of the Grand Canyon.

Technology can be very helpful, especially in well-populated areas, but when you get out into the vast Utah wilderness, the GPS on your phone can lead you astray. Without a paper map, people can quickly get into danger.

Karen Klein and her family, who were rescued from the North Rim over the holiday weekend, said they were told it happens often. When the Kleins came across a closed road leading to the Grand Canyon, their cell phone offered what looked like an easy alternate route.

"It diverted us on a forest road,” Klein said.

That one wrong turn turned into a two-day nightmare and a near-death hike for Klein, resulting in frostbite injuries for Klein, her husband and their 10-year-old son. Klein told NBC News she survived the 26-mile hike thanks to her outdoors training and an intense desire to rescue her stranded husband and son.

When she ran out of food and water, she ate pine twigs and drank her urine, her sister told the Morning Call newspaper. Klein knew eating snow would hasten hypothermia.

“When we explained about the Google maps,” Klein said, “(The sheriff) just rolled his eyes and said it happens all the time. (The device) doesn’t register that a road is impassable or closed.”

It’s not the first time GPS has led people astray in the vast wilderness of the West.

After too many instances of people incorrectly following their GPS into danger in Death Valley, park rangers started referring to "death by GPS". 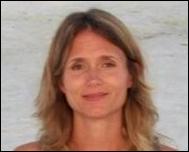 'Do it or die trying:' Mother makes freezing 30-hour trek to help her family

Stranded on a secluded road just north of the Grand Canyon's North Rim, with heavy snow falling, one Pennsylvania mom knew she had to do something. So, she walked for 30 hours in the wilderness, through 26 freezing miles, subsisting on twigs and her urine, to get help.

In August 2008, a California group of 13 adults and ten kids lost their way in one of southern Utah's roughest and most remote landscapes near Grosvenor Arch.

Their GPS only pointed to dirt roads that led to nowhere or dead-ended at cliff tops.

In 2011, a Canadian couple vacationing in Elko County Nevada got stuck after following their GPS to a forest service road. The husband died while hiking for help; his wife survived seven weeks on her own, eating trail mix, beef jerky and snow.

“That’s the thing — these (devices), they’re very great tools, but they can get you in trouble,” said Jason Curtis with the Washington County Sheriff's Office Search and Rescue team.

In 2015, an elementary teacher from Washington State trusted her GPS and got stuck in southern Utah and was miraculously discovered by happenstance.

Even folks trying to get to Mount Rushmore end up at a campsite 13 miles north so often that there’s a sign posted that reads "Your GPS is wrong… this is not Mount Rushmore."

“It gives them a false sense of security,” said Larry Lucas, a recreation officer for the National Forest Service. “It doesn’t give them all the information.”

The forest service recognizes the GPS problem and tells visitors to not to rely too much on technology alone.

“Go with that gut feeling, that logic that I think we all basically have,” Lucas said. “If it doesn’t look right, I wouldn’t take the risk."

Lucas advises travelers to get the best information they can from a good map, and to use it in conjunction with a GPS system. He also recommends that travelers let people know where they are hiking or camping.

As for the Klein family, they’ve learned the hard way about not planning ahead.

“We’re not from here so we didn’t know,” Klein said. “You see people posting pictures of their trips to the Grand Canyon and they’re always in shorts and t-shirts and there’s never snow anywhere ... It’s absolutely ignorance on my part. We just didn’t think that far ahead into the trip.”

Glover added his voice of warning to that of other officials: sometimes that GPS shortcut can lead to danger. Weather can change quickly in the high mountain passes in Utah, and snow can stick around from previous storms — something GPS can’t warn you about, he added.

And in rural areas, if you lose cell service, the GPS on your phone will be unreliable and won’t be able to recalculate.

“As you follow that GPS unit and you begin to enter an area that you’re uneasy about or it doesn’t maybe look as safe as you’d like it to be — don’t assume the GPS is always correct,” Glover said.