KOKOMO, Ind. (AP) — Four-page hand-written letters from across the country, 55 cards anonymously sent by a woman named "Pam" and a Christmas card shaped as a bass guitar are just a few of of the favorite holiday cards Xavier Johnson has received over the past month ... and they just keep coming in.

Johnson, a sixth grade student at Maple Crest Middle School, has received 4,197 Christmas cards (as of Monday) in addition to countless gifts, gift cards and handmade items since his mother Brooke Nicole Stewart reached out to local TV station WTHR in early December asking if it would be able to help promote sending him Christmas cards this holiday season.

While all of those gifts have been greatly appreciated, Johnson, who is unable to attend school during cold and flu season because he suffers from cystic fibrosis, diabetes and cirrhosis, said some of his personal favorites have come from some unexpected places.

"I liked the ones I got from prisoners. For being prisoners, they were really creative," he said, examining some of the intricately detailed drawings on the cards. "I did not expect those at all."

Stewart aimed to teach Johnson there is plenty of good in the world, she said. After seeing her son feel the effects of isolation and loneliness during the doldrums of winter last year, there has been a noticeable difference in his demeanor since the cards and gifts started showing up.

"The last year he was on homebound he was not as happy as he is now," she said. "I think this made a real difference."

Johnson received cards from 46 of the 50 states and more than a dozen countries. Mail carriers got used to delivering around 200 cards a day to their home.

I liked the ones I got from prisoners. For being prisoners, they were really creative. I did not expect those at all.

He also received gifts and inspiration locally, with people from the community, including workers from Chrysler, Sound of Music's Rockstar Training Academy and the Kokomo High School girls basketball team, dropping off gifts throughout the month of December.

Veteran and Kokomo resident Gary Dickey sent Johnson one of the medals Dickey earned for bravery and valor while serving in Vietnam, suggesting that Johnson keep it and "remember that he was a hero," Stewart said. That was one of the most memorable moments from the past month.

The emotions involved with reading positive messages, Stewart said, have caused her son to examine the cards more closely after the initial flooding of support.

"He'll pull some out and go through them again, because he got them all so quickly," Stewart said. "It's really cool. I just leave them out and he'll pick up a few and take them into his room. At first he was opening them in front of everybody, but some of them were four-page letters, and some of the things they say, you can't help but cry."

For Johnson, the displays of affection and inspiration have become overwhelming over the past month.

"I just thought, 'They didn't really have to do this,'" he said. "I would think, 'Now who could this be?' every time I heard the doorbell ring.

Johnson, who was diagnosed with cystic fibrosis when he was 6 months old, will go back to school to reunite with his classmates after spring break in April. In the meantime, he is forced to learn through homebound learning, with an instructor visiting the home daily to give him his assignments.

It has been difficult for Stewart to see her son singled out in many cases at school and in public if he has a coughing spell or other medical complications. 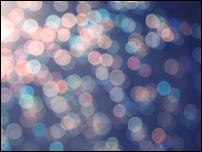 Having cystic fibrosis means Logan is insulin-dependent, and he has to get his blood sugar tested nine times a day, in addition to taking insulin shots and other pills.

He also must make frequent week-long hospital visits to Riley Hospital for Children in Indianapolis and perform breathing treatments four times a day, where he is hooked up to a machine for 45 minutes for each treatment.

Perhaps the most satisfying part of the experience for Stewart has been seeing her son send the positive vibes on to others.

Johnson expressed wanting to send some of the unopened gifts he's received on to other children in Riley Hospital's child life ward.

"That is the ward where he is always admitted to when he has to stay in the hospital," she said. "He wanted to share the outpouring with his fellow cystic fibrosis fighters."

It also has given Johnson plenty of reading material before heading back to Maple Crest in a few months.

"After spring break I'll be back," he said. "I'm looking forward to it."

But for now, Johnson still has another stack of cards to open, even if it has caused him a little discomfort.

"My arm is killing me from opening them," he said.

This is an AP-Indiana Exchange story offered by the Kokomo Tribune.