SALT LAKE CITY — At the Jamba Juice in Salt Lake City, the constant hum and commotion are standard. But on Wednesday there was a new addition in the mix. Behind the apron and under the hat is Austin. He's not an employee there, but would like to be.

"Because it sounds fun," said Austin.

To him it would represent independence, freedom and a sense of belonging.

"He wants a job so bad, and I think he can do it," said Morgan Earley, his DCFS caseworker.

At 16-years-old, most kids land their first job, but most kids don't face the challenges Austin does.

"He's been through a lot," Earley said.

Austin entered the Utah Foster Care system five years ago. He even came close to adoption once. 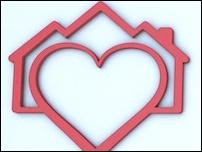 Wednesday's Child is a cooperative effort between KSL and the Adoption Exchange highlighting foster children looking for permanent homes.

"He feels like he's being sold, and he doesn't feel like you can put a price on him," Earley said.

Since that difficult experience, the actual word adoption terrifies him, but it's definition is exactly what he wants.

"I think for him, it would come down to a family willing to be patient and not give up on him," said Earley.

Although he's a little shy and suffers from a development delay, Austin still thrives at his school and even volunteers to help other students with disabilities. As each day passes and he remains in foster care, he gets increasingly frustrated. He hopes those feelings will soon be just a memory and what's empty in his life will soon become full