PROVO — A favorite Provo High teacher and athletic trainer was sentenced to at least eight years and up to life in prison for what a judge called a "calculated" effort to groom and sexually abuse a teenage girl.

The now 19-year-old wept as she recounted how the advances from her Provo High teacher, Donald Nelson Bills, seemed odd but unthreatening at first but escalated over time, apparently stemming from a fixation that began when she was 16. When their encounters became sexual after she turned 17, he used his religious affiliation to dismiss her fears and made threats of humiliation to keep her quiet, the woman told a judge Monday.

"Over and over, he told me he had no choice," the woman said, describing how Bills would tell her he was overcome by his feelings for her. "You did have a choice, you took away my choice." 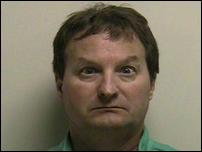 A high school science teacher in Provo accused of sexually abusing a female student has pleaded not guilty.

As he handed down the sentence, 4th District Judge James Taylor said the teacher's crimes were "particularly heinous" considering the efforts he took to groom the girl and the special position of trust he held.

"It harms all of the other teachers who take what they do really seriously," Taylor said. "He took advantage of his trusted position to lead the victim into positions she was not mature enough to manage."

Citing Bills' exemplary teaching record, dozens of letters of support that have been written and a spotless criminal record prior to his relationship with the student, defense attorneys asked the judge for leniency, requesting jail time and probation so that Bills could receive optimal sex offender treatment and attempt to rebuild his life.

As he left the courtroom Monday, defense attorney Stephen Frazier expressed disappointment at the stringent sentence.

"If there was ever a teacher who should get probation, this is it," Frazier said.

Addressing the judge Monday, Bills gave a lengthy apology, asking forgiveness from the woman he referred to only as "my victim," her family, his own wife and family, the judge and court staff, and prosecutors.

"I am truly sorry for what I've done. It disgusts me. … I never saw myself in this type of situation," he said.

It harms all of the other teachers who take what they do really seriously. He took advantage of his trusted position to lead the victim into positions she was not mature enough to manage.

The woman and her family as well as the judge referred to the way Bills used his membership in The Church of Jesus Christ of Latter-day Saints to win the girl's trust. Bills used his claims of having served in an LDS bishopric to convince the girl that their behavior was not inappropriate, according to charging documents.

"He used religion to win my trust and then he used it against me," the woman said Monday, describing the deep spiritual wounds she now carries.

Bills was a favorite teacher who taught thousands of teens, inspiring many to go into careers in medicine or athletic training. He cared for countless injured student athletes and earned a number of awards and recognitions for his work at Provo High. It was that glowing reputation that led the girl's parents to trust him even as their daughter spent more and more time with the teacher.

"I recognize he had a positive impact on many, this is exactly why we trusted him with the well-being of our children," the woman's mother told the judge Monday. "This crime was specifically made possible by who he was as a revered teacher and trainer."

Bills befriended the girl as he was treating a softball injury she sustained in 2012. The next year, the two saw each other almost daily in class, and Bills would often tell the girl she was one of his favorite and brightest students. In 2013, Bills made special arrangements for the then 17-year-old to participate in a coveted athletic training internship at the school and would engage the girl in increasingly personal conversation as he kept her after school.

Eventually, hugging and kissing escalated into a sexual relationship that lasted several months and was carried out almost exclusively at the school. The relationship was discovered in January 2014 when a friend found troubling texts from Bills on the teen's phone and Bills was arrested.

The woman claims she been a victim of harassment and vandalism since the allegations against Bills became public.

Bills was placed on leave by the school district and later terminated. He eventually disclosed the full relationship to law enforcement.

Despite defense attorneys' suggestion that a traumatic brain injury had affected Bills' personality while diminishing his inhibitions and judgment, the woman's father insisted Bills knew "exactly what he was doing" as he coaxed the teenager into a relationship and then used manipulation and threats to hide it.

"I will never forgive Donald Bills," the father said. "My family and I, we are hurting and nobody that has never gone through this will ever understand."