ASHTON, Idaho — After buying a suitcase at a thrift store, an Idaho woman was surprised to discover dozens of handwritten letters and photos inside and is trying to track down the previous owner.

Emily Tibbitts said she bought some suitcases to make her move from Idaho Falls to Ashton easier. On July 2, she bought a suitcase from Deseret Industries at 611 N. 2nd East in Rexburg, Idaho, and made a surprising discovery.

"I just grabbed it… and I got in my car and when I was handing it to my sister in the back seat, I was like, 'That feels weird.' And I said, 'Nicole, go through that.' And there was just a bunch of pictures and letters," Tibbitts said.

Tibbitts discovered around 12 handwritten letters, all addressed to Joan Margaret Thomas, who had lived in Salt Lake City and Rochester, New York. The letters are dated from 1930-1950 and postmarked from New York, Washington D.C., Ogden, Salt Lake City and Provo, Tibbetts said. She also found three photos and several newspaper clippings of weddings and obituaries that dated back to 1939 and 1883.

Tibbetts had her sister post several of the photos and information about the newspaper clippings on her Facebook page in hopes of locating a family member to return the letters to.

"It seems like it was something important," she said. "I'm a paper hoarder. If this was my stuff, I'd want it back."

Tibbitts said she still hasn't found a family member of Thomas but remains hopeful. Anyone with information about Thomas or who recognizes anyone in the photos should contact Tibbetts on Facebook. 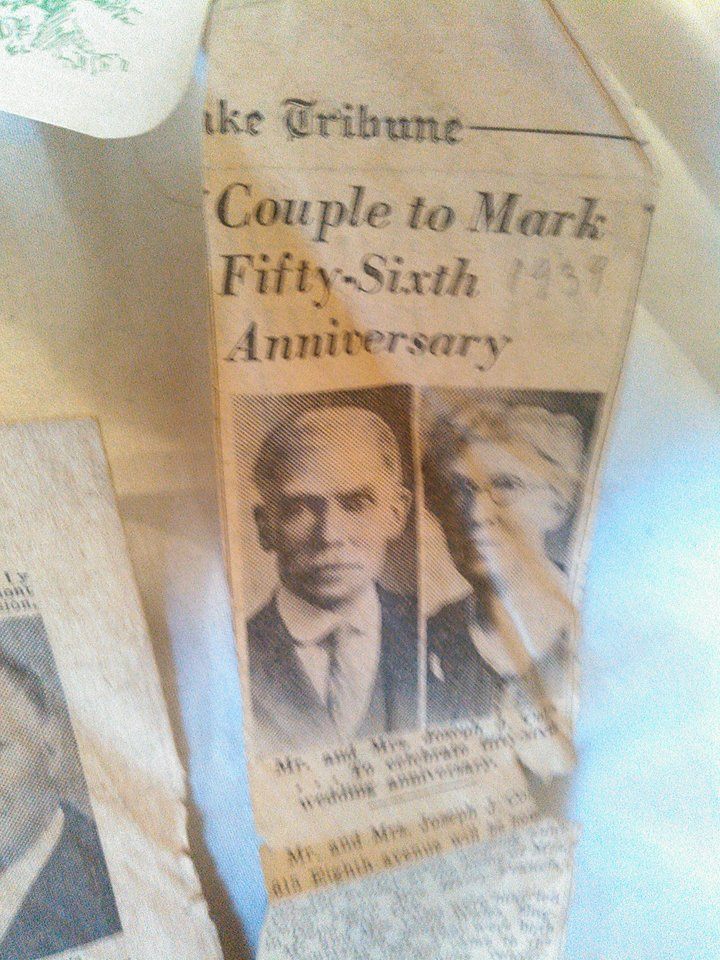