Is 'Ant-Man' tall enough for the Marvel Universe?

6:30PM: Is 'Ant-Man' tall enough for the Marvel Universe?

MARVEL UNIVERSE — For anyone following the Marvel Cinematic Universe (MCU), "Ant-Man" is the final movie in what Disney and Marvel refer to as Phase 2.

Beginning with "Iron Man 3," the string of films details the aftermath of the Loki-lead alien invasion from "The Avengers" and seems to wrap-up when the superhero team reunites to take on one of Marvel's most lethal foes in "Avengers: Age of Ultron."

But then there's "Ant-Man." It's definitely not the exclamation mark "The Avengers" was to Phase 1, and in fact, acts more as an epilogue than closing chapter. Had nothing from the previous MCU movies ever happened, "Ant-Man" could still exist in its own little box of mad-scientist happenstance, and that's ultimately a good thing.

Stepping off to the side of epic space operas and tales of citywide destruction, "Ant-Man" acts as the anecdote Marvel tells you to pass the time while driving to save the universe.

Like always, let's break this down and chat bout the highlights:

On a high level, "Ant-Man" is the story of Dr. Hank Pym (Michael Douglas) — a contemporary of Tony Stark's father, Howard, and inventor of the atom-contracting Pym particle.

Summer movie season is here, and we have an overview of what's coming to a theater near you.

When Pym realizes his technology is about to be replicated by less reputable scientists, he enlists the help of a do-gooder convicted-felon Scott Lang (Paul Rudd) to both steal and ultimately destroy the bad-guy version of Pym's tech. Some other people get involved, there's an Avengers cameo and then an explosion or two, but in a nutshell it's a story about Pym's legacy.

Many critics are referring to "Ant-Man" as a heist movie, and technically they're not wrong to do so. But to be clear, this is not the "Ocean's Eleven" of the MCU.

Having said that, how amazing would that movie be?

During two critical moments within "Ant-Man," there are break-ins. And like so many break-in movies before it, "Ant-Man" includes a team of specialized misfits who need to work together during a small window of opportunity to see their objective through to completion. This is all handled very well and makes for several of the film's funniest moments, but if you've been sold on the idea that you're paying for a heist, you might be disappointed.

Part of the reason "Ant-Man" works as well as it does is because the core story hinges on the personal growth of its characters. Sure there are scenes where the "Mission Impossible" theme would fit right in, but those scenes act as dominoes that need to fall before a character can realize their potential, or a family can find its balance.

There are heists, but "Ant-Man" is better because it's not defined by them. 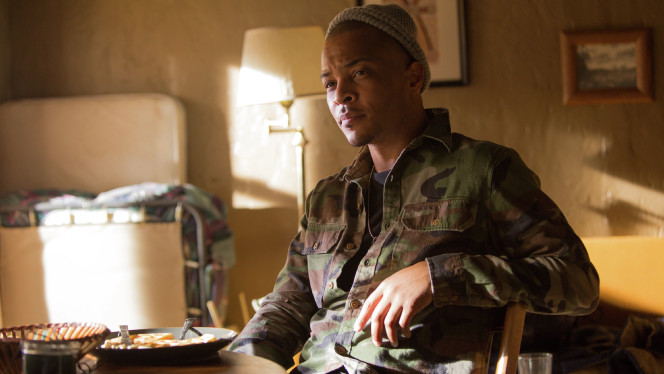 Marvel has worked hard to include crossover references and cameos in each of its movies, and "Ant-Man" follows in that tradition. However, "Ant-Man" might be the first installment that would've been better off without the added MCU supplements.

There's a reference Lang makes concerning the Avengers that feels forced and totally unnecessary, and as for the character crossover moment, you can practically visualize the Post-It note someone stuck to a completed script demanding they add it in. Many of the stories surrounding director Edgar Wright walking away from the project so close to production revolve around Marvel's insistence on including more of the MCU, and if true, Wright would be justified in shooting the studio off an I-told-you-so email.

There are no planned sequels for "Ant-Man," and no one knows for certain if or how many times the character will team up with the Avengers. If it turned out they never dedicated another standalone film for the Ant, that might even be a good thing — not because I don't want to see more of the ridiculously charismatic Rudd, but because "Ant-Man" works so well as its own snapshot in the MCU timeline.

Having said that, audiences will definitely want to see the less-polished, socially awkward Lang interact with other Marvel characters throughout Phase 3. Heck, I'd pay just to see Peter Quill and Scott Lang chat over a burrito. I'm not sure what that movie would be called, but the point is, not only is Ant-Man a character that will make the Avengers stronger, but Lang is someone they'll want to get shawarma with after the battle.

"Ant-Man" is a noticeably smaller movie than its MCU siblings, and that's definitely part of its charm. When there are effects, they're either adding to the story or contributing to some of Marvel's finest visual comedy. If you're starting to experience superhero exhaustion, or just can't stomach to see another city explode, "Ant-Man's" grand finale in the suburbs will come as a welcome surprise.

Not every joke is going to land and Avenger add-ins would've been time better spent developing other aspects of the story, but there's way more to like here than to grumble at.

Lead by Rudd, "Ant-Man" is the superior Marvel movie of 2015 and one to definitely check out this weekend.