'Jurassic World' is no 'Jurassic Park'

THE PARK — Hold onto your butts because “Jurassic World” is finally ready to premiere.

The big-budget blockbuster has been gaining steam ever since the first trailer landed in November. Now, as we sit on the cusp of the film’s release, it’s time to find out how the new installment measures up to its predecessors.

Let’s make this as easy as possible: “Jurassic World” is significantly better than “The Lost World” and “Jurassic Park III,” but it’s no “Jurassic Park.”

The new film has a lot going for it, and I would say it is definitely worth a trip to the theater to see, but if you’re hoping to be mesmerized and terror-stricken like you were in the theater in 1993, you’ll be disappointed.

Plain and simple, this movie is fun. It’s a rollercoaster ride of huge action sequences, quick pacing and giant dinosaurs doing what they do best: eat.

“Jurassic World” has some of the best dino-action to date and the mix of computer-generated imagery and practical effects were refreshing. Instead of every shot being CGI, “Jurassic World” went out of its way to build practical sets and even some dinosaurs. That’s one of the things that made the first one so engaging.

The movie is what the summer-movie season is all about: great action, funny lines and moments that will make your jaw drop.

“Jurassic World” is undoubtedly the most fun I’ve had at the theater so far in 2015. 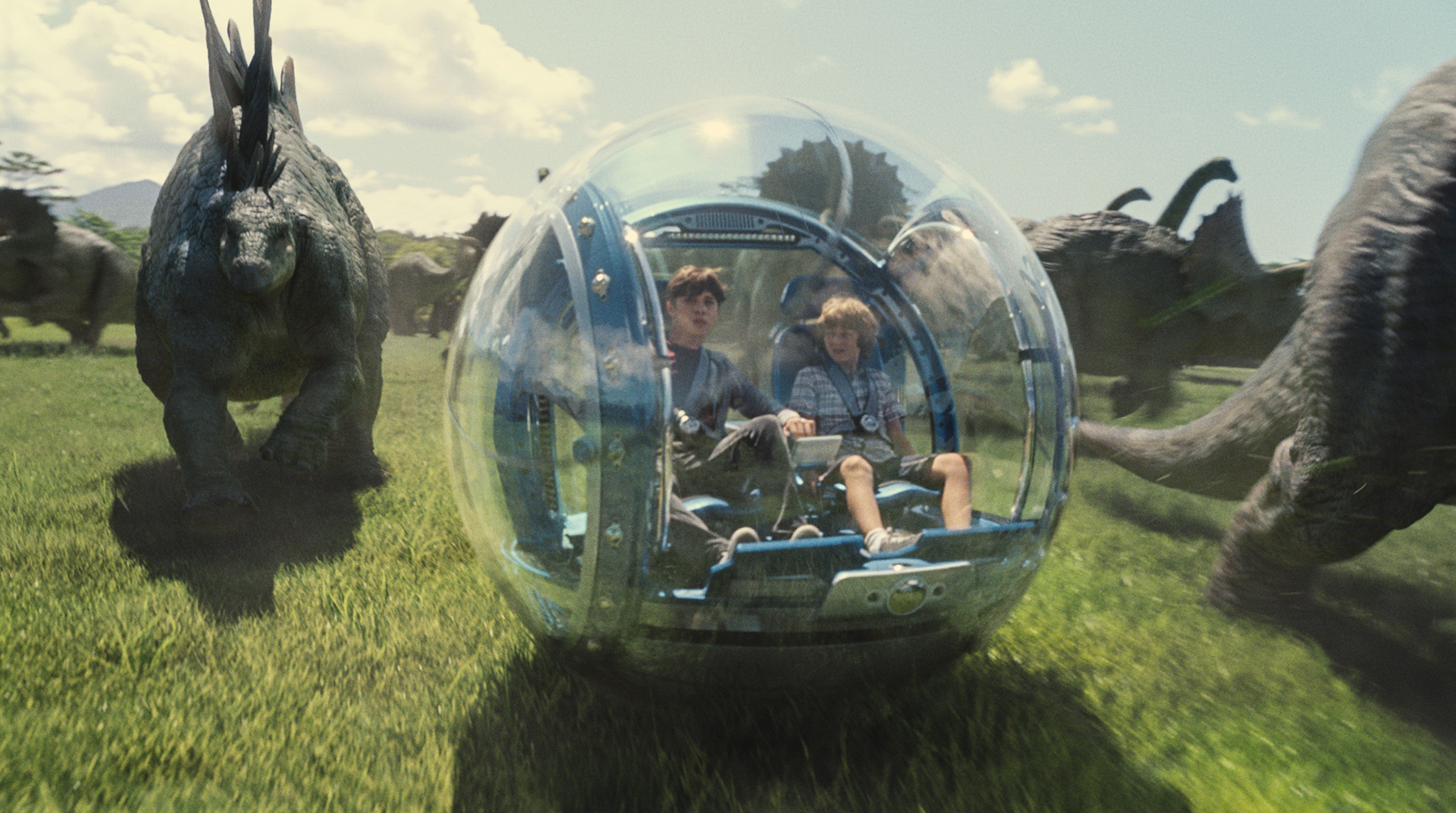 Homage to the original

“Jurassic World” takes place 22 years after the original film, and there are plenty of references to keep you grinning. Some are obvious, like a certain pair of night vision goggles, but others are a little more obscure. For example, Jeff Goldblum’s Dr. Ian Malcolm isn’t actually in the film, but if you pay attention you can see the charming doctor in a few scenes.

Some of the throwback references bordered obnoxiously over the top, but for the most part, they were just fun nostalgic moments. I have no doubt there will be a YouTube video titled, “’Jurassic World’ Easter Eggs,” within a few months pointing out every reference in the film.

One of the reasons this new installment pales in comparison to the original is the fact that you find yourself not caring about some of the characters.

In the original film whenever we were focused on Dr. Malcolm and Dr. Ellie Sattler, we were dying to know what was happening with Dr. Alan Grant and Tim and Lex Murphy. Then when we were with Grant’s group we were worried about Malcolm and Sattler. The movie got us invested in the characters.

In the new film we have a similar scenario, but when we’re following one group we tend to forget the other group exists. In fact when we join them in their journey again you almost have this, “Oh, yeah. They’re around,” moment.

That’s not to say that the new characters are shallow or totally uninteresting, but they aren’t as engaging as the original players.

Chris Pratt is one of the stars of “Jurassic World,” and he does a fine job, but watching the film I kept waiting for the lovable Pratt to emerge, but he never really does. Again, he’s good in the film, but he seems seriously underutilized.

You don’t want him to play the same character of Star Lord as he did in “Guardians of the Galaxy,” but let some of the charm and charisma shine. Pratt’s always a lot of fun, but it felt like a wasted opportunity with such a talented actor in such a key role.

In my opinion “Jurassic Park” is one of the greatest summer flicks of all time. I will never forget sitting in the theater and watching the mayhem unfold for the first time. I was literally on the edge of my seat and breathing hard for the entire 127 minutes.

The movie gave me goose bumps as I waited for the T-Rex to emerge and the velociraptors in the kitchen scene will always have a small space rented out in my subconscious that pokes its ugly head up every time I see a restaurant-styled kitchen.

“Jurassic World” couldn’t captivate me like the original did. Sure, it had its moments, but it lacked the magic the original exuded from nearly every frame.

I expressed this same feeling to fellow KSL.com critic Travis Poppleton following the film and he kindly pointed something out that helped my put all this into perspective. He said, “John, you’re no longer 10 years old.”

Travis is right, I’m comparing “Jurassic World” through the eyes of a 31-year-old man instead of through the highly impressionable mind of a 10-year-old boy.

When that realization sunk in I realized, I had a lot of fun watching “Jurassic World” and I think you will too.

“Jurassic World” is rated PG-13 and contains a serious amount of dinosaur-related violence, but it’s light on the language and sexual innuendo.

John has been writing about movies, news, sports and pretty much anything awesome for more than five years. John is the co-host of the Flix Junkies podcast and will always entertain you with his stories.