Everything you need to know about 'San Andreas' in one line

Sure, we’ll cover The Rock, and effects, and any number of story issues you’d like to chat about, but this entire review is going to come back to that opening line.

The truth is, “San Andreas” is spectacularly vapid. Which, if you think about it, is pretty amazing.

How can a movie dealing with a legitimate and devastating threat like the San Andreas fault casually kill off millions of people and visualize a level of destruction that would destroy the world’s economy only to end up as a useless, trivial borefest?

It is true that I don’t think anyone buying a ticket to “San Andreas” is expecting a heavy-hitting emotional drama. But even if you’re that person who, as a kid, made entire lego cities just to knock them over in a playful fury of destruction, this movie will make you wish you’d just stayed home to fold that last basket of laundry.

Let me break this out into a few bite-sized highlights.

If there was one thing I took away from my “San Andreas” experience, it’s that Dwayne Johnson is a much better actor than his resume suggests.

For a long time, when I would hear Johnson was headlining a movie, felt I knew everything I needed to know about the project. But somewhere between “The Scorpion King” and “Pain and Gain,” Johnson figured the whole acting thing out. Everything that works with the movie rests on his Wrestlemania-ready shoulders, and his charisma goes a long way in making people almost enjoy themselves here. Seeing as his next movie is “Journey to the Center of the Earth 4,” it’s obvious his agent still hasn’t quite figured he’s ready to move on. That said, even if you aren’t a Rock fan, he may just win you over in “San Andreas.” 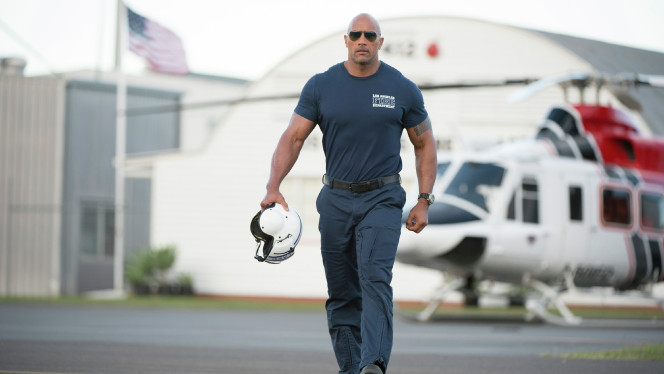 There is an obscene amount of CG in “San Andreas,” and each shot comes in a mixed bag. When it comes to buildings crumbling and roads splitting, your eyes will just accept that it’s happening. We’ve come to a place where manmade structures are pretty much photorealistic on screen these days, and “San Andreas” doesn’t disappoint in exploiting that fact.

Where you’ll feel like you’ve gone from a movie into a video game, however, is any time there’s an actor interacting with what’s not there. If it isn’t bad green screen, then you’ll actually be looking at CG models, and Hollywood still hasn’t figured out how to bridge uncanny valley. When you finally get to the boat sequences at the end, you might just think the effects team gave up — and who knows, maybe they did. Everyone has a deadline. But even with the effects mistakes, there’s still enough to look at to give this movie a C+ in the effort department. 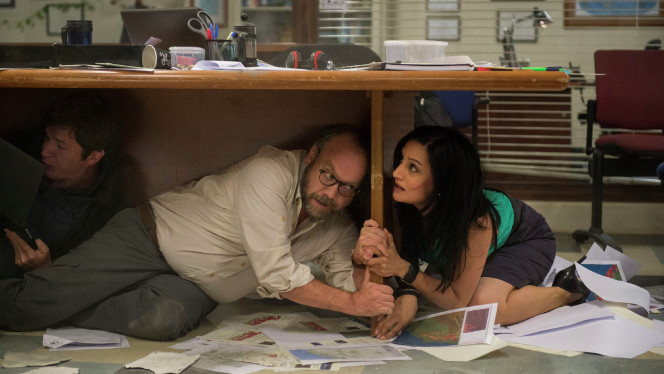 If you haven’t seen a trailer and you’re not entirely sure what this movie is about, just take any disaster movie and change out a few names and locations.

There are four or five people you’re supposed to care about that get separated across a location where a major disaster is about to hit. Said disaster hits shortly after a scientist explains to the audience why it’s going to happen, then, for the rest of the movie millions of people die around our core characters as our core characters try to find their way back to each other.

That’s the universally insensitive approach to disaster storytelling that’s been around forever, so you can hardly blame “San Andreas” for repackaging it. However, “San Andreas” takes the insensitive approach even further by writing the protagonist as the leader of a search-and-rescue team, but throughout the entire film he neither searches for nor rescues any person but the people who affect his personal life.

All of this might be excusable if you actually cared about your core team, but there’s nothing to care about. Two characters are introduced who go out of their way to help our central family, but not one of the central family members stop to help any other troubled survivor. At best they make trades, but always seem to end up the recipients of very lucrative terms.

Since deep down, you know you’re watching characters who wouldn’t stop to save you and your cardboard box full of adoption-ready-puppies from drowning, it’s really hard to care if they end up drowning themselves, which means there’s no emotional connection between the story and the audience enduring it. 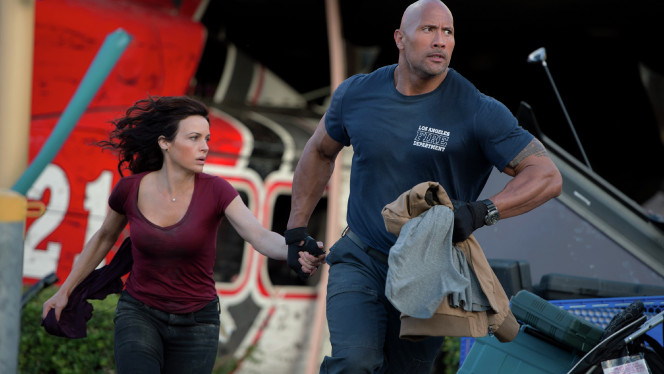 In short, why are you still reading? There was nothing to see past the first line. “San Andreas” is big, it’s loud, it looks very expensive, and you won’t care about any of it. If you are reading this I hope it’s because you skipped to the end. Every minute of your life you waste on this movie, including any time you spend reading about it, is time you’ll regret. Go adopt one of those puppies we talked about earlier and find a make-your-city-better service project somewhere. Then email me the details and I’ll meet you there.