WOODS CROSS — Pulverized coconut shells that would cover an area the size of West Virginia are part of an environmental success story that is playing out every day at the speed of 2,000 gallons per minute.

Even though the potential carcinogen called tetrachloroethylene, or PCE, has diminished beyond what the U.S. Environmental Protection Agency deems a risk to public health, residents said they want all traces of the hazard gone from their drinking water supply, and they're willing to pay more to get it done.

"The community said, 'We want it out,' so that is the direction we went," said Gary Uresk, Woods Cross city manager. "That shows the value of why government needs to be transparent and talk to people about issues so they are informed. I think they made the right decision."

The PCE plume that impacts an aquifer supplying nearly all the city's culinary water supplies landed the hazard on the EPA's Superfund list, requiring remediation so public health is protected.

Uresk said regulators suspect a dry cleaning business that used to have on-site cleaning operations stored chemicals in outside tanks that ultimately leaked over time and leached into the aquifer.

The dry cleaning business already paid a nominal fine imposed by the federal government, so any further remediation was left to the community.

"Bad things happened to us," Uresk said. "We didn't create the problem. It just happened."

An initial public outreach on how best to tackle the contamination drew little community interest, but once word of the plume spread, residents got involved.

Scott Anderson, the city's public works director, said multiple open houses and surveys drew responses from nearly 300 residents, 85 percent of whom said they were willing to spend more money each month on their water bills to completely eradicate the problem. 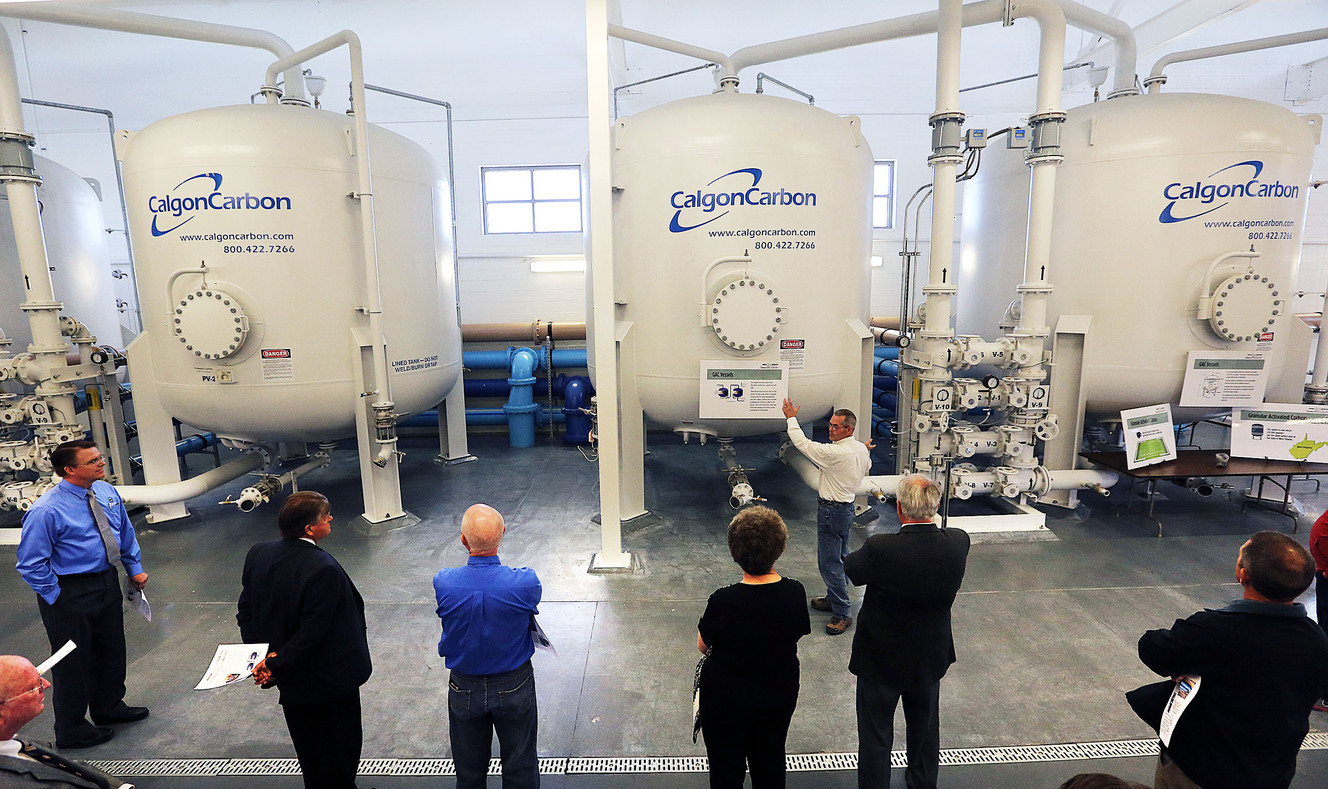 Uresk added that when the city moved ahead on the decision to build the plant, there was no public backlash over the $15 increase in monthly water rates.

"We did not have a rancorous City Council meeting when we raised rates," he said. "Everybody knew what was going on and had bought into it."

That same year — 2013 — the city secured a loan from the state Drinking Water Board that would help to pay for the $5 million facility. A year later, the city celebrated the groundbreaking of the plant and is hosting tours this year.

Bad things happened to us. We didn't create the problem. It just happened.

Betty Naylor, vice chairwoman of the drinking water board, said the tour was an eye-opener for her, allowing her and the others to see up close the effects of a project that made the cut for getting funding.

She added that board members often get a one- or two-page summary on proposed projects requiring loans and a brief pitch by the applicant. To see the completed project functional a few years later and serving a community's needs ultimately helps the board to better understand the impacts, she said.

Both Anderson and Uresk said the city may spend a "lifetime" treating the PCE plume, but the Granulated Activated Carbon Absorption System will have a protective purpose even if PCE is eliminated altogether because of how the carbon granules bind with hydrocarbons, or volatile organic compounds.

"If we were in a rural area, it might be different," Uresk said, but pointed out the reality of Woods Cross playing host to refineries and a variety of industrial operations.

"The chance of getting other contaminants is pretty high," he said. "That factored into our decision."