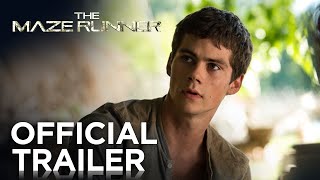 THE GLADE — If you feel like there’s been a total shortage of graphic teenage demise in your favorite movies lately, worry not — director Wes Ball is releasing his screen adaptation of “The Maze Runner” this weekend.

Based on the New York Times best-seller with the same name, “Maze” follows a group of forgetful youngsters as they try to escape an ever-changing monster maze.

Is it interesting? Absolutely. Is it worth your time? Possibly.

“Maze” is a mixed bag, and one that will probably split audience reactions right down the middle.

Love: Your first run through the maze

“The Maze Runner” is a well-paced, immersive experience that is especially successful for first-time audiences. The concept was obviously one author James Dashner enjoyed exploring, and Ball does a great job transferring that just-out-of-reach tension to the big screen.

I’m not sure how fans of the book will react, and it’s possible “Maze” will totally implode on a second viewing, but first-time watchers have a lot to look forward to.

If popular fiction is to be believed, 9 out of 10 people in the world will suffer from amnesia at exactly the worst life-moment possible. Yet, somehow, 9 out of 10 people have never met anyone who has actually endured the condition. Not only is amnesia almost always the wrong answer for storytellers, this is a case where it doesn’t even make sense.

I can’t spend too much time on this topic without going into spoilers, so let me just say kidnapping already evokes enough confusion. You don’t need to bonk your characters on the head to make them eager for an explanation.

This is a movie that rests on the shoulders of young actors, which often is a recipe for disaster. “Maze,” however, spotlights some great new talent, led notably by Dylan O’Brien, Will Poulter and Thomas Brodie-Sangster. Because they appear to believe in their surroundings, there’s no reason for audiences to question the legitimacy of giant, rotating, mega-mazes filled with murderous, nocturnal monsters.

There are no jokes in “Maze.” None. We all know people who deal with stress by engaging in witty banter, but apparently none of those individuals were living on Maze Island.

Everything about this movie, from the concept to the color palette, suffocates in sobriety. It didn’t need to be a comedy, but one or two well-placed jokes would have made this adventure so much more attractive to possible-repeat viewings.

“Maze” is a very tense movie that will keep audiences wondering how or if their heroes will survive to see another scene. While I can’t say I loved the music for “The Maze Runner,” it’s used very effectively. In fact, Ai-Ling Lee and the entire sound department deserve a great deal of the credit for the creepy nervousness that hangs throughout the story.

The concept, pacing and all-out creepiness of a mystery like “Maze” is only as effective as its ending, and unfortunately, the final obligatory explanation is pretty disappointing. Not only is it disappointing, it’s one that will ruin your drive home if you try to make sense of it.

“The Maze Runner” is ultimately going to come down to what’s more important to you as a film-lover. If you look for high concepts and compelling foundations, you may want to wait a few more weeks for award season to begin. But if the ride is everything to you, then “Maze” has a lot to offer and will definitely be worth your two-hour investment.