10 animals that cause the most human deaths 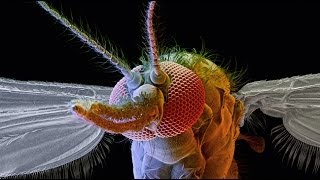 SALT LAKE CITY — Many people may grow up with a fear of lions, tigers and bears (Oh my!), but these individuals may not realize that statistically these are not the deadliest animals.

Bill Gates recently posted an infographic on his blog that reveals a lineup of the deadliest animals to humans. While I had visions of sharks, alligators and cobras dancing in my head, I was actually surprised by the real culprits.

Crocodiles ranked at No. 10 by causing 1,000 human deaths each year. However, the deaths caused by crocodiles have been as high as 2,500 a year, according to Pravada.

Tapeworms were the No. 9 killer, causing 2,000 human deaths per year. Tapeworms most commonly reside in the intestines, but some cases have been documented of tapeworms infesting the human brain.

Hey @SharkWeek, sharks are cool, but they're not even close to being the deadliest animal: http://t.co/bvE7TuaBZFpic.twitter.com/aWjbnw46N4

The Ascaris Roundworm came in at No. 8 by causing roughly 2,500 deaths per year. The Ascaris Roundworm is a large roundworm that causes an infection in the small intestine. Around 10 percent of the population in developing countries is infected with intestinal worms with a large percentage caused by Ascaris, according to the World Health Organization.

The freshwater snail, assassin bug and Tsetse fly all tied for the seventh, sixth and fifth place slots by each causing 10,000 human deaths per year.

The tiny parasitic snails that live in rivers and lakes across the world spread the disease, schistosomiasis, to humans, according to the Daily Mail. The symptoms of the disease can include paralysis of the legs, vomiting blood and flu-like symptoms.

The Daily Mail reported that the assassin bug — also known as the "kissing bug" — spreads Chagas disease, which can be deadly. It is estimated that around 7 million people in Central and South America have Chagas disease.

Dogs took fourth place by causing the deaths of 25,000 people annually around the world. The most common cause of death was humans being infected by a dog with rabies. However, the National Canine Research Council reported that fatalities from dog maulings are extremely rare. In 2010, only 33 cases were reported of people being killed by a dog mauling.

Snakes were ranked third for causing 50,000 human deaths a year. Of the roughly 3,000 snake species that exist in the world, about 600 are venomous, according to a study published in the PLOS Journal of Medicine.

Humans were ranked as the second highest killer of the human race, averaging around 475,000 deaths caused by suicides and homicides.

And the No. 1 killer of the human race has been labeled as the mosquito. Mosquitos carry several deadly diseases, including malaria. Malaria is transmitted exclusively through the bites of Anopheles mosquitoes, and most deaths occur among children living in Africa, where a child dies every minute from malaria, according to the World Health Organization.

The infographic shows that 725,000 deaths are caused by the mosquito annually.

In an effort to create awareness and fight the spread of malaria, Bill Gates is promoting "Mosquito Week" (similar to, but more deadly than "Shark Week.")