Words carry a lot of weight in battle against obesity, researchers say

PROVO — Men and women trickled into a small conference room Tuesday morning in Provo. Before they could take their seats, they were asked to step on a scale.

"Should I take my bags off," one woman asked after peering around the corner and eyeing down the scale for several tense seconds.

But as they stepped up and looked down, their entire countenance changed.

"I'm between adorable and cute," one woman said of the reading.

Another weighed in at "perfect" on the special scale.

It was all part of a discussion among public and private health partners from across the state on effective messages to help, not harm in the fight against obesity in Utah.

The class was part of a two-day Public Health Conference for the state, presented by the Utah Public Health Association to discuss various topics, including Alzheimer's Disease, asthma, first aid, gonorrhea, and social media use.

A positive approach to weight loss

"Focus on the health, not the size, not the weight," said Terri Sory, chronic disease program manager for the Salt Lake County Health Department. "Get back to basics. So, healthy foods, exercise, and then love yourself."

A study published in the International Journal of Obesity showed "morbidly obese," "fat," and "obese" were rated the most undesirable, stigmatizing and blaming words health providers could use. The terms "overweight" and "unhealthy weight" were rated the most motivating words to lose weight.

Sory presented research with Beverly Neville, who does health promotion for the Salt Lake County Health Department. They encouraged those in the public health field to take a more positive approach with patients.

A study published in the International Journal of Obesity showed "morbidly obese," "fat," and "obese" were rated the most undesirable, stigmatizing and blaming words health providers could use. The terms "overweight" and "unhealthy weight" were rated the most motivating words to lose weight.

Neville said studies show that an approach to obesity similar to anti-smoking campaigns may be too harsh, and it discourages those battling their weight.

"There is a lot of diversity," Neville said. "Admit there's size diversity and focus on the health rather than the weight."

According to the National Eating Disorder Association, 42 percent of first- through third-grade girls want to be thinner.

Rachel Lacy, who works in the obesity prevention program for the Salt Lake County Heath Department, said mothers frequently ask her how to discuss food and exercise with their daughters.

"It’s so important as an adult to set the example," she said. Don't focus on your own size, weigh yourself constantly, or worry about the next diet. 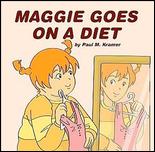 A book aimed at fighting childhood obesity is getting strong reaction. Some people say the book might actually make things worse for kids struggling with their weight.

Instead, talk about "exercising and being active with your family because it’s fun, because you enjoy it together," Lacy said.

But breaking down social norms is a constant battle, she said. Several factors lead to obesity.

"Unfortunately it’s kind of a social norm that most people perceive obese or larger people as lazy, or whatever the stigmas are," Lacy said. "On the flip side, we also see people who maybe be thinner or smaller as super healthy."

Neville said the worst thing a parent can do is single out one "chubby" child.

Instead, the entire family should focus on health and work on it together.

"Providing healthy foods, providing healthy snacks, having set meal times should be something the whole family does," she said. "It's a family health thing, and not singling out of a child."

Mary Lou Adams with the Weber County Health Department said she liked the new positive approach but said it is a tough goal.

"Appearance makes a big difference to a lot of people," she said. "They don't know how to separate the health part, between the health part and what people look like. It's just a hard concept."

Ashley Ottley said she often associates her own health with body size.

"I always say to myself, 'I could lose like 10, 20 pounds,'" she said. "When, really, I should say, 'I could eat more fruits and vegetables. I should do 30 more minutes of exercising than what I'm doing, rather than focusing on the result of what I actually see.'"