5 of the best stargazing spots in Utah 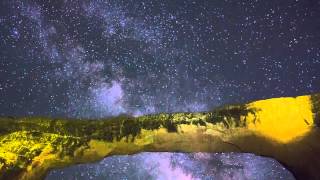 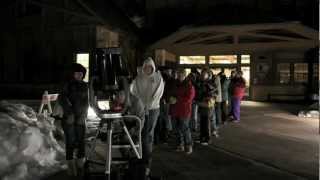 SALT LAKE CITY — Even with the advancements of modern technology, the night sky has continued to captivate viewers for thousands of years.

With a Utah location recently being ranked as one of the top 10 best places for stargazing in the world, we decided to take the opportunity to look at some of the best spots the state has to offer.

Deemed one of the best places to stargaze in the world by Men's Journal, Natural Bridges National Monument was certified as a Dark Sky Park by the International Dark-Sky Association in 2007. The organization works to preserve locations where you can see stars without the interference of man-made lighting.

John Barentine, manager of the IDA Dark-Sky Places program, told Men's Journal that Natural Bridges National Monument is one of the darkest locations in the group's system.

"Thousands of years ago a river changed course, cutting through solid rock and creating one of the most magnificent natural bridges in the world," a description on the Natural Bridges National Monument website reads. "The bridge forms a window into a sky filled with thousands of stars bright enough to cast a shadow."

On a moonless night, you can see 7,500 stars from Bryce Canyon, according to the park's website. It says the sky in the park is up to six times darker than many astronomical research locations.

"Here the Milky Way extends from horizon to horizon like a vast silver rainbow," a description on the Bryce Canyon National Park website reads. "Here Venus, and even Jupiter, are bright enough to cause you to cast a shadow!"

The park's "Dark Rangers" host a year-round night sky program that features a multimedia show followed by stargazing with telescopes. The show starts at 8 p.m. on Saturdays in April. There are additional showings from May through September on Tuesdays, Thursdays and Saturdays.

From the inside of Arches National Park, visitors staying past dark can catch a glimpse of the Milky Way.

"In Arches National Park, we can re-enact that thousand-year-old campfire scene," a description on the park's website reads. "Campers settling in for the night watch the unfolding drama of our galaxy as stars uncloak one by one. Soon the night sky is filled with thousands of glittering jewels, too many to count."

Located close enough to the city for easy access but far enough away to escape suburban lights, Antelope Island offers a good spot for watching the starry skies.

The Ogden Astronomical Society often hosts star parties on the island, with its next event at the White Rock Bay Trailhead at 6 p.m. Saturday.

Run by the Salt Lake Astronomical Society, the Stansbury Park Observatory Complex is home to a collection of large telescopes. The spot is also free from street lights and many other potential light polluters, so it offers a clear view of the night sky.

The next SLAS public star party at the observatory will be on April 16 from dusk until 9 p.m