Edward Snowden speaks at SXSW, calls for public oversight of US spy programs 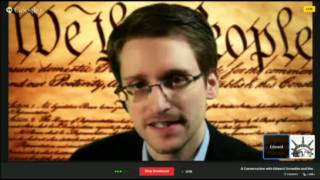 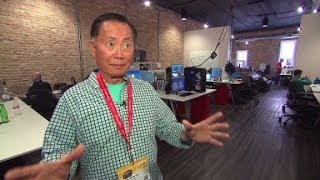 He spoke via teleconference from Russia to an audience of thousands at the South by Southwest Interactive Festival in Austin. The event marked the first time the former National Security Agency contractor has directly addressed people in the United States since he fled the country with thousands of secret documents last June.

In response to a question, Snowden said he had no regrets about his decision to leak the NSA documents, which showed the intelligence agency has conducted secret monitoring of Americans' phone and Internet behavior in the name of national security.

"Would I do it again? Absolutely. Regardless of what happens to me, this is something we had a right to," he said.

"I took an oath to support and defend the Constitution. And I saw the Constitution was being violated on a massive scale," he added, to applause from the 3,000 people in the auditorium at the Austin Convention Center.

Would I do it again? Absolutely. Regardless of what happens to me, this is something we had a right to.

He appeared on video screens with a copy of the U.S. Constitution as a backdrop. The live stream was slow, repeatedly freezing Snowden's image onscreen.

While tech geeks may have no problem using encryption tools to scramble their messages or accessing the more-private "deep Web" via clients like Tor, Snowden said the average Web user should be able to access similar protections.

"This is something that people have to be able to interact with, and the way we interact with it now is not that good," he said.

Snowden took questions from two moderators — the ACLU's Chris Sogohian and Ben Wizner, his legal counsel — from the audience, and from Twitter. The first, fittingly, came from Tim Berners-Lee, who created the World Wide Web 25 years ago this week. Berners-Lee asked Snowden what he would change about the nation's surveillance system.

"We need public oversight ... some way for trusted public figures to advocate for us. We need a watchdog that watches Congress, because if we're not informed, we can't consent to these (government) policies."

Snowden, a former CIA employee and NSA contractor who fled the United States after leaking details of the American government's spy programs, was granted temporary asylum in Russia last year.

He faces felony charges of espionage and theft of government property in the United States, and he has said he won't return until the U.S. changes its whistleblower protection laws.

I think it was right on. There's always a balance between what the government should know about us and what we would expect to be private. If we're not constantly protecting that privacy, then we give it up.

"I think it was right on," said Michael Chalcraft, a retired software entrepreneur from Seattle. "There's always a balance between what the government should know about us and what we would expect to be private.

"If we're not constantly protecting that privacy, then we give it up."

But Megan Betterman, a health-care marketer from Minneapolis, didn't hear everything she wanted from Snowden.

"I wanted to hear about what his life is like there (in Russia), and whether he'll ever come back to the U.S.," she said. "It (his talk) was very encryption-heavy."

More than 30,000 attendees are currently in Austin for the 10-day SXSW festival, which began Friday and wraps on March 16.

Also scheduled to speak at the tech-themed conference Monday afternoon -- although in person -- was journalist and civil-liberties lawyer Glenn Greenwald, who broke the story about Snowden's leaks of classified NSA documents.

Snowden's call for developers to create secure, private networks for their users is less of a no-brainer at South by Southwest than it may have once been. Having emerged from the counter-culture of the early Web, SXSW Interactive has exploded in recent years as more businesses have sought to tap into successful startups' millions of users.

In the same Austin convention hall where Snowden called for new privacy tools, other sessions were helping entrepreneurs learn how to make money with the data they collect about the users of their products.