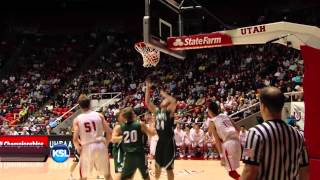 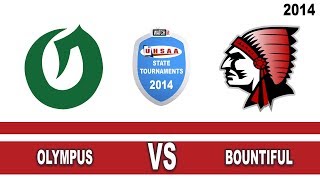 The Braves will face Orem Saturday for the state title at 1:30 p.m. at the Huntsman Center.

Seljaas was 9 of 13 from the field and added five rebounds and five assists in a standout performance.

Bountiful is one win away from its first state championship since 1997.

Bountiful jumped out to a 20-10 lead after the first quarter, but Olympus rallied to take the lead in the second quarter.

Each time Olympus challenged, however, the Braves would respond. It happened again in the fourth quarter when Oly's Connor Haller’s three with three minutes left cut the Braves' lead to four.

Bountiful went on a run led by Merrill and Seljaas to close out the win.

Jordan Meacham had 11 points to lead the Titans who played without star player Jake Lindsay, who missed the state tournament due to a broken hand.