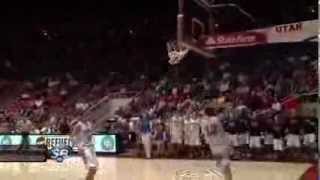 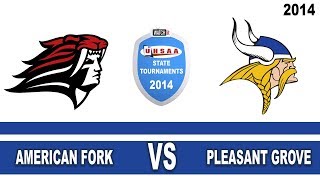 The Vikings will play three-time defending state champion Lone Peak in the state-title game Saturday at 4 p.m. at the Huntsman Center.

Riley Court added 15 points for the Vikings, who is one win away from winning a state title for the first time since 1961.

Ryan Andrus led American Fork with a game-high 26 and Tyler Rawson, who added 17 points and 11 rebounds.

The Cavemen led 32-27 at the half, but Pleasant Grove caught fire in the second half and pulled away in the fourth quarter.

The game was tied in the final quarter before the Vikings went on an 8-0 run to take a 57-49 lead.

Clutch free-throw shooting down the stretch, particularly by Court, was the difference in the game.

American Fork cut the deficit to three when Brendan Bailey made a 3-pointer with 2.7 seconds left in regulation, but the rally was too late.