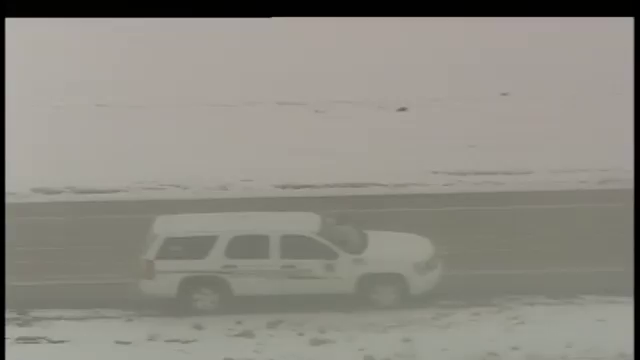 EAGLE MOUNTAIN – A deputy who was entering his 20th year of service with the Utah County Sheriff's Office was shot and killed Thursday afternoon during a traffic stop in Eagle Mountain.

Utah County Sheriff's Office Sgt. Cory Wride told dispatch around 1 p.m. that he was pulling over on Highway 73 to check on an abandoned vehicle. Before he could get out of his vehicle, Wride was shot and killed, Sheriff James Tracy said. Wride did not return fire.

"It appears that Sgt. Wride was ambushed at that time and he was shot in the vehicle and he did not survive his wounds," Tracy said.

Deputies responded, finding Wride. At that time, the shooter headed south, Tracy said. A second Utah County deputy in Santaquin, Greg Sherwood, spotted the vehicle on Main Street that Wride had described and engaged in a high-speed chase.

"He (Sherwood) clearly understood that this was a suspect and the suspect started to run, and he called in that it was a high speed chase ensuing and then it was just within a matter of seconds he was shot," Tracy said.

Sherwood too was unable to return fire and was shot in the head. He was reportedly out of surgery and was listed in critical condition as of 10 p.m. Thursday, and Tracy said his prognosis is good.

Sherwood is a K-9 officer with Utah County and has 13 years experience in law enforcement.

After allegedly shooting Sherwood, the driver headed south on I-15 toward Nephi, where the alleged shooter crashed the vehicle. When the alleged shooter got out, he approached several different people in an attempt to carjack a vehicle, Tracy said. Shots were fired, but nobody was believed to have been injured, the sheriff said.

The gunman was in critical condition Thursday night after he was shot by deputies south of Nephi. Heidi Kelso, a spokeswoman with Central Valley Medical Center in Nephi, confirmed that a 21-year-old shooting victim was brought to the emergency room about 3:45 p.m. He was then transported to Utah Valley Regional Medical Center in Provo. The Nephi hospital was locked down for about an hour, which is standard protocol for any serious injury brought to the hospital, she said.

His name was not released, but Tracy said he has a "significant" criminal history. A search warrant was being executed on the man's house Thursday night to try and understand why he went on such a destructive rampage.

He was a good man, he was a very helpful person, and that's what he was doing, he was helping people when he stopped.

"It's my personal belief that that was the case. He may very well have parked along the side of the road hoping that some officer might stop behind him. We really don't have any idea what the motive is," Tracy said.

Approximately 100 officers with several different agencies across two counties were working on the case Thursday.

Tracy described Cory Wride as an upstanding person and officer.

"He was a good man, he was a very helpful person, and that's what he was doing, he was helping people when he stopped," Tracy said.

Wride grew up in American Fork, but was raising his family on land that his grandfather used to farm west of town, according to his cousin, Blaine Wride. Blaine said Cory Wride would be greatly missed by the community.

"Somebody like Cory, who's put a lot of time in it, he's influenced a lot of lives," Blaine Wride said. "He's very concerned about the youth. The people around here."

KSL first reported about Cory Wride about 10 years ago. Cory Wride's K-9, Dex, was recovering from an injury. The police dog was hurt as the partners tried to sniff out a suspect.

"They were in an attic of the house after somebody, dog fell through and broke its leg," Blaine Wride said. "It was over here in the dog pen for several months."

Blaine Wride said he remembers how much Cory loved that dog.

Wride's death is tragically similar to the last officer killed in Utah, Draper Police Sgt. Derek Johnson in September. Johnson was about to assist a vehicle he thought had broken down, and he was shot without warning before he even got out of his police vehicle.

Traffic east of the scene on state Route 73 in Eagle Mountain was shut down. Emergency vehicles from multiple agencies were blocking traffic. Westbound traffic was diverted at Ranches Parkway.