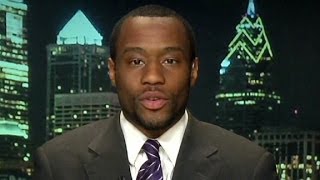 LOS ANGELES (AP) — A&E landed in the middle of America's culture wars when "Duck Dynasty" patriarch Phil Robertson sounded off on gays and the Bible. The channel quickly found there was no safe ground.

It was pilloried for allowing a man who equated gays with hell-bound sinners like adulterers to have a national TV stage. Then it was excoriated for giving him the hook.

With A&E's decision Friday to bring Robertson back to its most-watched show, it remains to be seen if it can mend fences with both sides _ or at least with those viewers who hold opposing views.

The channel's interest is in ratings and revenue, not refereeing social discord.

Will those who called for an A&E boycott unless Robertson returned be satisfied? Will "Duck Dynasty" fans who enjoy the Louisiana duck call-making family but were offended by Robertson's comments watch again?

The family itself, which had threatened to withdraw if Phil wasn't welcomed back, didn't rush out with its own make-nice reaction Friday. The gay right group GLAAD, which had slammed Robertson's comments to GQ magazine, issued a critical statement despite A&E's vague allusion to the support of "numerous advocacy groups" for its reversal.

"If dialogue with Phil is not part of (the) next steps, then A&E has chosen profits over African-American and gay people _ especially its employees and viewers," GLAAD said, referring to Robertson's remark to GQ that he didn't know any unhappy blacks in the pre-Civil Rights era South.

A&E said it intended to air a national public service campaign "promoting unity, tolerance and acceptance among all people."

Randy Schmidt, a "Duck Dynasty" viewer in Illinois, said he's glad to see Robertson back on the show that Schmidt admires for its "Christian values."

Although he didn't care for Robertson's comments he has a right to express his opinions, Schmidt said. He added that he's likely not the only one pleased about Robertson's return.

"A&E's pocketbook will be happy, too," Schmidt predicted.

Tony Perkins, president of the conservative Family Research Council in Washington, wasn't among those calling for a boycott but said A&E could have suffered without its "about-face."

"We're seeing play out in front of us this great clash of cultures. Those in Hollywood don't quite understand the values that for many of these people _ and I put myself in that category _ our values and faith are non-negotiable," Perkins said.

Louisiana Gov. Bobby Jindal, who had said that Miley Cyrus got a pass for twerking on TV while Phil got shown the door, lauded A&E for putting tolerance for religious views above "political correctness."

Other shows have weathered their outspoken talent by simply bouncing them or not blocking their departure: Think Isaiah Washington on "Grey's Anatomy," fired in 2007 for referring to one of his show's gay actors with a pejorative, or Alec Baldwin exiting his new MSNBC talk show after using gay slurs off the air.

But A&E found that easy road blocked for a reality show celebrity who was too real for some, just right for others.

Within a day of Robertson's removal, more than a half-million people liked an impromptu Facebook page demanding A&E be boycotted until he returns. A petition calling for A&E to bring him back reached 250,000 signatures and counting in about a week.

The controversy similarly ensnared the Cracker Barrel restaurant chain, which removed "Duck Dynasty"-related merchandise from its shelves and then reversed course and apologized after being hit with complaints.

While TV ratings tend to fluctuate, particularly during the holidays when viewing drops, the overall A&E audience was smaller after it landed in "Duck" soup than before.

For the week of Dec. 16-22, the channel averaged 1.5 million viewers, compared to 2 million for the week before, according to Nielsen figures.

During the week of Dec. 17-23 last year, a roughly comparable period to the post-Robertson flap week, the channel averaged 1.73 million viewers.

"Duck Dynasty" is the channel's highest-rated program and set a reality show record for cable with nearly 12 million viewers for its fourth-season debut this past summer.

Last week, the family said in a statement on its Duck Commander website ( http://bit.ly/1c5vI5G) that although some of Phil Robertson's comments were coarse, "his beliefs are grounded" in the Bible and he "is a Godly man." They also said that "as a family, we cannot imagine the show going forward without our patriarch at the helm."

"Duck Dynasty" is on hiatus until Jan. 15, and the network has said that nine of next season's 10 episodes have already been filmed. That means Robertson likely wasn't needed in front of the camera before next March.

AP Writers John Rogers and Sandy Cohen in Los Angeles and Chris Talbott in Nashville, Tenn., contributed to this report.