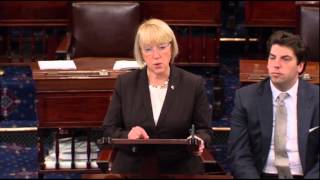 The measure is expected to clear the Senate and go to President Barack Obama for his signature on Wednesday, marking a modest accomplishment at the end of a year punctuated by a partial government shutdown, a near-default by the U.S. Treasury and congressional gridlock on issues ranging from immigration to gun control.

Tuesday's vote to send the measure toward final approval was 67-33. But even as it was advancing, Republicans vowed that the requirement for curtailing the growth in cost-of-living benefits for military retirees under age 62 wouldn't long survive. The Democratic chairman of the Senate Armed Services Committee, Sen. Carl Levin of Michigan, has said the panel will review the change, estimated to trim some $6.3 billion in benefits, early next year.

"This provision is absolutely wrong; it singles out our military retirees," protested Sen. Kelly Ayotte, R-N.H., at a news conference shortly before the vote.

By late afternoon, the bipartisanship had faded as Republicans ratcheted up their criticism and maneuvered for political gain. A proposal aimed at removing the retirement provision failed on a near party-line vote of 46-54. Democratic Sen. Kay Hagan of North Carolina, who faces a difficult challenge for re-election, was the only senator to switch sides.

In a further indication of the issue's political importance, Sen. Jeanne Shaheen of New Hampshire and more than a dozen other Democrats announced they were backing separate legislation to restore the military retirement benefits and make up the money by closing a tax loophole on offshore corporations.

How could any commander in chief sign a bill that does this," said Sen. Lindsey Graham, R-S.C., who faces a primary challenge back home in 2014. He did not mention that the legislation drew overwhelming support from House Republicans only last week, including Speaker John Boehner, R-Ohio, and the rest of the leadership.

The provision related to military retirement was a relatively small part of legislation that itself was born of less-than-lofty ambitions.

Rather than reaching for a so-called grand bargain to reduce long-term deficits, lawmakers decided to reduce across-the-board cuts already scheduled to take effect, restoring about $63 billion over two years. The legislation includes a projected $85 billion in savings elsewhere in the budget.

Because spending would rise immediately but many of the savings would take place later in the decade, deficits would increase as a result of the measure for the current budget year and the two that follow. Over the 10-year period, the legislation measure shows a $23 billion cut in red ink _ a trifle compared with the government's overall debt of more than $17 trillion and rising.

Graham was far from the only senator criticizing the military-retirement provision.

Sen. John McCain, R-Ariz., said he was voting for the legislation because it would cancel a $20 billion cut that would hit the Pentagon in January _ and with the knowledge that the retirement provision could be changed before it took effect.

All three voted against advancing the bill, but Republicans who were on the other side said they, too, were expecting lawmakers to reconsider the retirement action in 2014. "That gives some of us some comfort," said Sen. Rob Portman, R-Ohio, one of 12 GOP senators to side with all 53 Democrats and two independents in voting to ease the measure over a 60-vote threshold.

It had been clear for several days that the overall measure was headed for Senate passage, particularly after the Republican-controlled House had voted overwhelmingly last week to approve it.

The political pressure on the GOP leadership there had been to demonstrate an ability to govern effectively and begin to dissipate some of the fallout from last October's 17-day partial government shutdown.

That concern was less of a factor among Senate Republicans, who are in the minority. Several face tea party-backed challengers in primaries next year, and their rivals have called for the legislation's defeat.

The party's top leaders, including Sens. Mitch McConnell of Kentucky and John Cornyn of Texas, both voted against advancing the legislation. Yet they made no attempt to organize an attempt to derail it, an outcome that would have forced new and uncertain negotiations with the House and raised the prospect of a shutdown.

Despite the internal divisions, Sen. Jerry Moran of Kansas, who chairs the GOP senatorial campaign committee, said he doubted the legislation would figure prominently in any Republican primaries next year. "My analysis of this issue is that it can be seen either way," he said.

Among the savings embedded in the legislation are an increase in the airline ticket tax to pay for airport security, higher fees on corporations whose pensions are guaranteed by the government, an extension of existing cuts in payments to Medicare providers and a requirement for future federal workers to pay more toward their own pension costs.

The one provision belatedly causing political heartburn would hold down cost-of-living increases in benefits that go to military retirees until age 62. Increases would be held to one percentage point below the rate of inflation beginning in December 2015. The total estimated savings, $6.3 billion, was less than 10 percent of the overall amount in the legislation.

But it was aimed at one of the most politically potent groups in the country, and veterans organizations and their allies in Congress responded _ particularly after officials confirmed that the curtailment would apply to the retirement benefits of veterans who leave the service on disability.

At a news conference, Ayotte, Graham and Sen. Roger Wicker of Mississippi stood next to an oversized chart estimating that a sergeant first class who retires at age 42 after 20 years of service would lose $71,956 in benefits over a lifetime.

Pentagon figures show about 840,000 military retirees under age 62 are receiving retirement pay. Of them, about 63,500 are disability retirees.