MIDVALE — A woman charged earlier this year with 10 counts of communications fraud and engaging in a pattern of unlawful activity is now facing even more charges.

Despite being charged in July with 12 felonies, prosecutors allege Sara Marie Fabbro, 28, continued her pattern of criminal activity by attempting to pay for her high-priced wedding with forged checks. She even forged a federal judge's signature in an attempt to convince a former employee that the charges against her had been dismissed so she would be in her wedding party, according to documents filed in 3rd District Court.

Fabbro was the marketing director for Castle and Cooke Mortgage Co. between July 2012 and June 2013. She was charged in July with taking screenshots of online purchases, allegedly to be used for promotions, that she never actually filed or she canceled the order shortly after placing it. Prosecutors say she pocketed 10 reimbursements from fraudulent orders totaling $175,474.

New charges filed in November and a search warrant released in 3rd District Court last week show that even after her arrest in July, prosecutors believe the fraudulent activity didn't stop.

Fabbro was charged Nov. 5 in 3rd District Court with issuing a bad check, a third-degree felony. According to prosecutors, she attempted to pay off the balance of her wedding dress with a fraudulent $3,753 check. 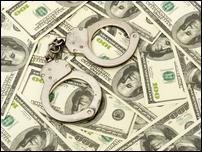 A Midvale woman was charged Monday with using screenshots of online purchases to dupe her Sugar House employer out of $175,000.

In August, a credit union in Longview, Wash., called Castle and Cooke to verify the authenticity of a check they had received via Federal Express for more than $7,600 to be deposited into an account held in the name of Fabbro's 2-year-old son, according to the warrant. Castle and Cook verified the check was forged, according to court records.

On Sept. 15, an employee of Castle and Cooke received a text from Fabbro with a picture of what appeared to be a document from U.S. District Judge Ted Stewart dismissing her July charges, according to the search warrant. Stewart confirmed on Oct. 2 that his signature was forged.

The employee who received the text message later discovered it was sent by Fabbro in an attempt to regain her trust because the employee was scheduled to be a member of Fabbro's wedding party, the search warrant stated.

In October, detectives interviewed Fabbro's now ex-fiance. He said she had opened a Barclay's account under his name and purchased an Apple MacBook laptop, according to charging documents. The former fiance told investigators he also learned of a fraudulent check for $21,500 Fabbro allegedly received from Zions Bank to pay for their wedding reception at the Waldorf Astoria Hotel in Park City, according to the search warrant affidavit.

During the process of their investigation, detectives also learned Fabbro filed a police report in July claiming $5,000 worth of property, including an Apple MacBook Pro, were stolen after her car was burglarized, according to the charges. She then filed a claim with her insurance company for $5,000 that same day, according to court documents.

Fabbro sent a letter to the court on Nov. 22 asking if she could be released on bail while her case was pending in court. She argued that she couldn't properly prepare the documents needed in her defense from her jail cell.

Her next court hearing is scheduled for Friday.