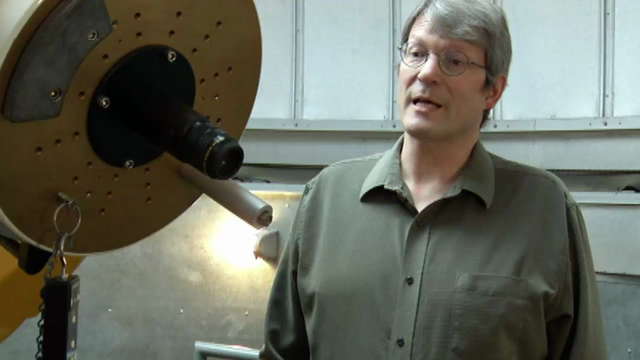 STOCKHOLM (AP) - Once billed as the comet of the century, Comet ISON apparently was no match for the sun.

Scientists said images from NASA spacecraft showed the comet approaching for a slingshot around the sun on Thursday, but just a trail of dust coming out on the other end.

Phil Plait, an astronomer who runs the "Bad Astronomy" blog, agreed, saying "I don't think the comet made it."

Still, he said, it wouldn't be all bad news if the 4.5-billion-year-old space rock broke up into pieces, because astronomers might be able to study them and learn more about comets.

"This is a time capsule looking back at the birth of the solar system," he said.

The comet was two-thirds of a mile wide as it got within 1 million miles (1.6 million kilometers) of the sun, which in space terms basically means grazing it.

NASA solar physicist Alex Young said it would take a few hours to confirm ISON's demise, but admitted things were not looking good.

He said the comet had been expected to show up in images from the Solar Dynamics Observatory spacecraft at around noon eastern time (1700 GMT), but almost four hours later there was "no sign of it whatsoever."

"Maybe over the last couple of days it's been breaking up," Young told The Associated Press. "The nucleus could have been gone a day or so ago."

Images from other spacecraft showed a light streak continuing past the sun, but Young said that was most likely a trail of dust continuing in the comet's trajectory.

"The comet itself is definitely gone, but it looks like there is a trail of debris," he said.

Comet ISON was first spotted by a Russian telescope in September last year.

Some sky gazers speculated early on that it might become the comet of the century because of its brightness, although expectations dimmed as it got closer to the sun.

Made up of loosely packed ice and dirt, it was essentially a dirty snowball from the Oort cloud, an area of comets and debris on the fringes of the solar system.

Two years ago, a smaller comet, Lovejoy, grazed the sun and survived, but fell apart a couple of days later.

"That's why we expected that maybe this one would make it because it was 10 times the size," Young said.

It may be a while before there's a sun-grazer of the same size, he said.

"They are pretty rare," Young said. "So we might not see one maybe even in our lifetime."