SALT LAKE CITY — Utah’s history contains many mysteries, some of which take the form of paranormal activity, people say.

Regardless of whether or not ghosts dwell in this hotel, its history is full of luxury and lawlessness.

The 13-story Ben Lomond Hotel, originally The Bigelow Hotel, was built in 1927 in the grand Italian Renaissance Revival style. The architects of the hotel also designed the landmark Egyptian Theater in Ogden and Ogden High School, among others.

According to local lore, during prohibition, a tunnel was constructed for smuggling alcohol and prostitutes frequented its rooms.

Prohibition lifted, ghosts are said to dwell in rooms 1101 and 1102. As the story goes, a bride and mother of a grown son spent her wedding night in room 1102 when she drowned in the room’s bathtub. The next day, as her son came to collect her things, he was booked into 1101. Overcome with depression about his mother’s unexpected death, people say he took his own life. Together, the two supposedly haunt the hotel. The bride is said to run the bathtub water and push people around. The son occasionally makes an appearance and frequently talks to himself, people say.

Additionally, people report the elevator having a mind of its own, travelling up and down without a person calling it. 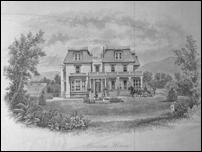 This Halloween, if you are looking for a real scare, learn about the ghosts of Salt Lake City, and if you dare, visit those in places open to the public.

In 1992, someone blew up this mysterious monument, a cross in a clearing in Kaysville that was supposedly built by a man for his murdered wife.

The cross, it's said, supposedly glowed during full moons and is haunted for a woman. Some say a face of a woman appears on the anniversary of her murder, among other stories.

Though the cross is long gone, the area is still eerie.

Some ghosts may haunt a space because of its building materials, not the actual building, some say. Old Main, the oldest building on the SUU campus, is said to have been built using stones from a quarry where a young woman was killed and she was transported with the stones.

Virginia, the name of the alleged ghost, was supposedly murdered in the red hills east of Cedar City.

She is said to roam the third floor of the building, and possibly control the elevator to stop unexpectedly. 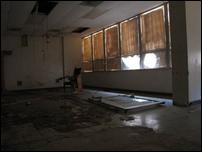 Utahns have plenty of legends and ghost stories to share. Here are five of them.

The SUU auditorium is also said to host ghosts, including those who lurk on the catwalk, play the pianos, perform ballet and one who wears a top hat.

The ghost of Florence Grange, a 15-year-old girl with a forbidden love is said to haunt the Ogden City Cemetery.

Apparently, Flo was waiting for a ride from her boyfriend – a boy her parents did not approve of – when she was struck by a car and killed by the curb.

Some claim she will appear from behind her headstone if a driver points their car’s headlights at the grave and flash the lights three times. Supposedly, she will head toward the vehicle, mistaking the car for the ride she missed.

Curators and museum volunteers have claimed Clem, who may have committed suicide in the barrack they say, haunts the military museum, which was built in 1875 and acted as a mess hall, fire station, storage and post office. Those who have seen him describe him as a stocky ghost with dark hair, beard and a blue military uniform.

Supposedly, he occasionally wanders over the Marriott Library as well.