The DWR hopes its ambitious plan will eliminate a significant portion of the state’s coyote population, which in turn will benefit the deer herds on which they prey. Officially known as the Predator Control Program, the incentive-based program pays hunters $50 for every coyote they kill.

Other states have implemented bounty programs over the years, but rarely on this scale. Even the New York Times has taken note of Utah’s Predator Control Program, calling it “one of the nation’s largest hunter-based efforts to manage predatory wildlife.”

Can they demonstrate that the bounty hunt actually helped boost mule deer populations? I think they'd be hard pressed to show this.

John Shivik, mammals coordinator for the Division of Wildlife Resources, is proud of how his team worked together to start the Predator Control Program from scratch and get it “up and running so quickly.”

According to Fox, most government agencies acknowledge that coyote bounties are not only ineffective at reducing coyote populations, but are often counterproductive. She asserts that decades of research suggests that the systematic killing of coyotes increases reproduction, immigration and survival.

Dr. Robert Crabtree, founder of the Yellowstone Ecological Research Center, agrees with this perspective. “It cannot be over-emphasized how powerfully coyote populations compensate for population reductions,” he says.

Fox maintains that there is “no science that demonstrates that bounty programs are effective at reducing coyote populations over the long-term.” She questions the DWR’s methods and how it will measure the program’s success. “Can they demonstrate that the bounty hunt actually helped boost mule deer populations? I think they'd be hard pressed to show this.”

According to Shivik, the DWR has been “collecting what looks like it will be excellent data to help us evaluate how effective our efforts are.” He says it’s too early to assess the program’s impact and that the biggest challenge his team faces is identifying the deer populations that are most affected by coyotes, because the DWR is “trying to be as efficient and effective as possible with our resources.”

The topic of resources brings up another criticism that bounty programs often face — that they are susceptible to fraud. When all that is required for a payout is portions of a carcass (such as paws, jaws or ears), it’s difficult for authorities to be sure the coyotes weren’t killed in other parts of the country. The DWR attempts to address this by requiring hunters to document the date and location of each kill before paying a bounty, but critics point out that the information could easily be fabricated. 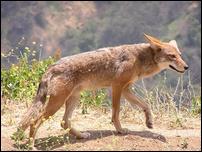 Kill a coyote in Utah and make $50

The state of Utah wants to pay you $50 for every coyote you kill. Known as the Predator Control Program, this incentive-based initiative is intended to eliminate coyotes that prey on young deer.

An example of this kind of fraud reportedly occurred in Canada when Saskatchewan offered a coyote bounty. To collect the $20 bounty, hunters were required to remove the paws from every coyote killed and give them to authorities. As a result, piles of dead coyotes were found in other parts of the country with their paws cut off. More than 70,000 coyotes were killed as part of Saskatchewan’s bounty program and it’s impossible to know how many were killed elsewhere and then illegally redeemed in the province.

Fox points to these past problems as proof that bounty programs are a waste of money. “These programs are very often fraught with illicit activity,” she says. “I would ask: How many of the coyote body parts turned in for the $50 bounty were actually killed in other states?”

Despite these lingering questions, Utah’s Predator Control Program has received enthusiastic support from many local hunters. You can learn more about the program and register for the bounty by visiting the official website at www.wildlife.utah.gov/predators.

Grant Olsen joined the ksl.com team in 2012. He covers travel, outdoor adventures and other interesting things. Contact him at grant@thegatsbys.com.