TAYLORSVILLE — After a Magna student recently took his own life after being bullied, one Utah elementary school decided to take the initiative to stop bullying on their campus.

Calvin Smith Elementary created a slogan for their students to live by: "Don't stand by, be an ally." The students raised their hands and pledged to not be bullies. They also signed a mural as a constant reminder to help fellow classmates.

Ellen Jensen and Marci Taylor train kindergarten through high school students with anti-bullying tools. Their training is based on the statistic that when other people stand up for an individual being bullied, the bullying stops.

"In a bullying situation, if one person were to stand up and say 'Hey stop it, that's mean,' then 57 percent of the time, the bully will stop in 10 seconds or less," Taylor said.

This is Taylor and Jensen's third year of teaching students words like "ally."

"Really it's being a kind friend and sticking up for one another," Taylor said.

The principal said that bullying in elementary tends to come from a lack of social skills.

"If you're feeling bad and you need a friend, what's an appropriate way to get a friend?" said principal Nykola Patton. "Because they're children. They're still learning."

The school also utilized a black "buddy box" as a way for kids to write down bullying situations they witnessed at school. Patton reviews the notes with the school social worker at least twice a week, and she watches her students carefully. 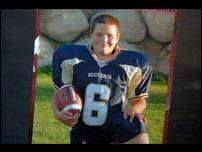 It's a problem with lasting effects, and yet it continues to grow in our schools. A Utah mother says bullying drove her young son to end his life rather than face it another day.

"I have a signal with them," Patton said. "If they're having a good day and they're not being bullied that day, they'll give me a thumbs up. Or if I need to see them, they give me a thumbs down and that tells me, 'I need to talk to you. I'm having a problem.' "

Despite all of the efforts, Patton says she still sees bullying situations each year.

"I don't think there's any program out there that can teach the children to where bullying would not be there at all," Taylor said.

Jensen suggested the best way for an anti-bullying campaign to be successful is to have follow up from faculty and students at the school.

"It can work if there's follow up," she said. "Us just coming for half an hour or an hour, it needs to have follow up from the entire school."