Man says police violated his privacy after his wife's death

Man says police violated his privacy after his wife's death

VERNAL — A man says Vernal police disrupted an intimate moment of mourning with his deceased wife of 58 years when they searched his house for her prescription medication without a warrant within minutes of her death.

Barbara Alice Mahaffey died of colon cancer in her bedroom last May. Ben D. Mahaffey, 80, said he was distraught and trying to make sure his wife's body would be taken to the funeral home with dignity, when he says officers insisted he help them look for the drugs.

"I was holding her hand saying goodbye when all the intrusion happened," he told the Deseret News.

Mahaffey said he was treated as if he were going to sell the painkillers, which included Oxycontin, oxycodone and morphine, on the street. 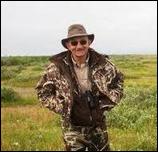 Mahaffey said he turned to the courts only after trying to have "meaningful, man-to-man" conversations with Vernal officials, but they were "rude and condescending."

Mahaffey filed a federal lawsuit Thursday, alleging police violated his 4th and 14th amendment rights against unreasonable search and seizure and for equal protection under the law, respectively.

According to the lawsuit, Mahaffey also said city manager Ken Bassett dismissed his concerns, saying he was "overly sensitive" and that police were just trying to protect the public from illegal use of prescription drugs.

Mahaffe's attorney, Andrew Fackrell, said it's apparently common practice for Vernal police when someone dies, but that it's selectively applied. Some cities have voluntary take-back-prescription-drug programs, but Fackrell said this takes it to an "absurd level."