SALT LAKE CITY — Do all your ideas seem a little dull these days? Do you feel lees creative than you used to? Perhaps it's time to put down the cell phone, strap on a backpack and channel Henry David Thoreau.

A new study from the University of Utah and the University of Kansas suggests that spending a few days in nature, while totally disconnected from the digital world, could do wonders for reigniting that creative fire that may have burned out. Backpackers who spent four days in nature scored 50 percent higher on creativity tests when they returned compared to people who had not left on a trip yet, according to the study.

"This is a way of showing that interacting with nature has real, measurable benefits to creative problem-solving that really hadn't been formally demonstrated before," said U. psychology professor David Strayer.

The idea behind the result is that modern life taxes up an excessive amount of our attention. Ringing cell phones, computer notifications, sirens, cars and the like all distract us from a particular task we are trying to accomplish and force our brains to focus on them. It's these sudden events that tend to drain our "executive attentional system," Strayer said.

But after a few days in a natural setting, where these sudden events don't tend to grab our attention, it's possible to recharge, according to Strayer.

"By contrast, natural environments are associated with gentle, soft fascination, allowing the executive attentional system to replenish," the study says.

Strayer and the research team studied 56 individuals for the study. 24 took the Remote Associates Test, a standard gauge for creative thinking, before they left on a 4-day backpacking trip to the Grand Gulch in southern Utah. Another 32 took the test on the fourth day while still in the wild. 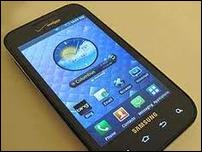 For all those people who think they can juggle many different things at once, many psychologists say you cannot. They say the act of multitasking could just be slowing you down.

"We show that four days of immersion in nature, and the corresponding disconnection from multimedia and technology, increases performance on a creativity, problem-solving task by a full 50 percent," the researchers said.

The results don't indicate whether the results came about due to a disconnection from technology, immersion in nature, or a combination of the two elements, so it's possible one or the other could bring about the same benefits to your creative mind.

The study was published in the Dec. 12 issue of PLOS ONE, a peer reviewed journal run by the Public Library of Science.