Police in Tooele on lookout for 3 would-be abductors

TOOELE — Police are warning residents to be careful and use common sense following three reports this month of attempted abductions and suspicious people.

Investigators do not believe the incidents are related, and in none of the cases was a child actually taken or anyone hurt, said Tooele Police Lt. Paul Wimmer. One of the incidents, however, did prompt the principal at East Elementary School to send a letter home to parents cautioning them about a suspicious man.

On Oct. 3, a man was spotted at Elton Park wearing only underwear. The man was reportedly in a vehicle, got out to walk around the car, and then got back in. At no time did he approach a student, Wimmer said. But because many of the children walk by or through that park on their way to and from school, a letter was sent home to the parents.

People are linking the two. But the only thing tying them together is they were in same general area.

About 6:30 p.m. Thursday, in the area of Overland Road and Stansbury Avenue, a 10-year-old girl said she was approached by a man in a vehicle who told her, "Get in," Wimmer said. The girl ran to her home nearby and the man drove off.

The neighborhood is near the park. But Wimmer said the suspect and vehicle descriptions reported from each incident were different. Detectives were looking for a dark green, older model, four-door sedan from Thursday's incident.

The driver was wearing a black baseball cap with red lettering, sunglasses and a brown sweater. He had a tattoo of an orange fish on his neck with green whiskers, the 10-year-old girl told police.

"We have no reason to believe they're related," Wimmer said of the two incidents. "People are linking the two. But the only thing tying them together is they were in same general area." 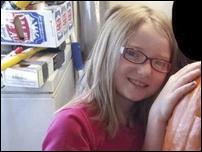 On average, 2,185 children are reported missing every day in the U.S., and this week, three examples throughout the Mountain West have ended very differently.

In a third incident, on Wednesday, a 17-year-old girl claimed a man pulled up beside her and also told her to get in his car, Wimmer said. That incident, near the Tooele City Pool, was not near the other two. The vehicle and suspect descriptions in that case were also different than the other two.

While Wimmer conceded the recent number of reports was "concerning," he said his department receives about a dozen such reports each school year. The majority of such cases turn out to be cases of mistaken identity. In some cases, a parent has pulled up to a child believing it was their own, told the child to get in, and then drove off after they realized the child wasn't theirs.

"Most of them, thank goodness, we don't end up with an abduction," he said. "We very seldom make an arrest."

However, the lieutenant said the department also did not want to "under react" and officers remained on alert Friday. "We'll keep these descriptions on our radar," he said.

If anyone has information regarding any of the cases, they can call Tooele police at 435-882-8900.