SALT LAKE CITY — Facebook just announced it has 1 billion registered users. But how many of those users are committing social faux-pas on the site? Below are some ettiquette tips to help users navigate their use of the site and keep from hurting feelings or offending unneccessarily.

In the heat of election season, people have become less and less tolerant about polarizing political posts (there's even an app dedicated to hiding them, as well as a ton of memes about it).

These posts rarely change people's view on things, and they can even harm relationships with friends, neighbors, co-workers and families.

Further, complicated opinions and ideas cannot be explained in all their nuance over Facebook. Important body language and vocal tones are missing from the conversation, which limits parties' understanding of one another's emotions (and when to stop for the sake of the relationship). 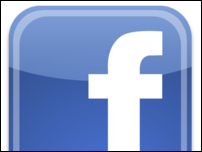 Could constantly logging on to Facebook lead to financial stress? According to a recent report, people may feel a sense of financial failure when they look at all of the things their friends are able to do.

Some alternatives? Have these conversations in person. Start dialogue at home and in your communities. Attend rallies, get involved with your political party's local chapter.

If you still feel passionate enough about a topic that you want to take it to social media, do so judiciously. Be selective about the topics and be ready for the onslaught of negativity coming your way from people who disagree.

Maybe you've not heard the term "vaguebooking," but you have probably seen it unfold on Facebook. Urban Dictionary defines these acts of passive agression as "Intentionally vague Facebook statuses that prompt friends to ask what's going on; possibly a cry for help."

In other words, it's a probe for attention. Instead of outright saying what's on their mind, a person wants you to ask what's going on. Most of the time, it's a way to overshare in a way that feels justified or supported.

The best advice for vaguebookers is talk to someone one on one. If you need to talk, pick up the phone and talk it out or arrange a meeting. Whether the person you talk to is a significant other, family member, friend or therapist, talk about it in a place meaningful conversation can happen.

What do you think?

Does etiquette matter on Facebook? Tell us in the comments section or on the Happy Living Facebook page.

This includes, but is not limited to, anything about your intimate relationships, bodily functions, and going into graphic detail about an illness or injury. This includes photos of said ailments. That's just wrong.

Keep things in their place

Did your friend just post a photo of her son's baseball game? That's not the place to catch up, remind her of an upcoming event or anything else unrelated to the photo.

Try this instead: look at the photo, like it, and then go to that person's wall or message them about whatever else you had to say. Maybe bring up the photo in passing and start a conversation there.

That way, anyone else who commented (or wants to comment!) won't get a string of notifications about a conversation of which they didn't mean to become a part.

Embarrassing photos and mean comments or chats are inappropriate. A recent study out of Trinity University found that the adage "If you can't says something nice, really, don't say anything at all," is still true today.

Study authors also mentioned that if someone removes a tag from a photo you just put up, don't tag them in the comments and bring it up again. If they say a photo embarasses them and it is justified, do them a kindeness and take the photo down.