Stolen plane may lead to increased security at Utah airports

SALT LAKE CITY — The National Transportation Security Administration approves security plans for each of the nation's airports, but the federal agency leaves the safety of an airport's perimeter up to the airport itself.

A 6-mile chain-link fence surrounds the St. George Municipal Airport and it contains an added precaution of razor wire at the top, but is not electric, said Marc Mortensen, assistant city manager for St. George. He said there is always at least one security officer patrolling the perimeter and checking facilities, even after hours.

Such an officer located the motorcycle of wanted Colorado fugitive [Brian Joseph Hedglin](<Details emerge in Colorado murder connected to Utah plane theft >), 40, on the outskirts of the fence early Tuesday. It wasn't until the officer called for backup that he noticed an aircraft had crashed in the parking lot, police said.

"I guess it is possible that somebody could jump the fence or cut the fence in a specific area and there may be some time before they are detected," Mortensen said Tuesday, adding that there is also a possibility that individuals could use an electronic access badge, which are issued only to carefully screened applicants, inappropriately.

Officials believe Hedglin, a pilot, did just that. He allegedly jumped the fence and then accessed a 50- passenger Bombardier CRJ200 owned by SkyWest Airlines that was parked overnight at the airport. Hedglin was found dead from an apparent, self-inflicted gunshot wound. 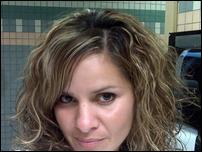 Local homeland security consultant Tom Panuzio said Tuesday's incident is "a classic example of a domestic dispute that could've turned into domestic terrorism." The jet accessed by Hedglin can carry up to 44,000 pounds of fuel, making it a potential "flying bomb."

"We have to assume he wasn't going to take it for a joyride," Panuzio said. "He was going to make a statement."

Security clearance to the St. George airport entails extensive background checks and various training measures. Clearance is required to access any gates or other property at the airport, which is also the case at most airports, according to the TSA.

"It's not just one thing that we rely on to secure an airport," said Provo Municipal Airport Manager Steve Gleason. "There are multiple layers and we don't spread (information about) those things around."

In addition to providing its own security personnel, the TSA requires airports to be responsible for addressing the prevention and detection of unauthorized entry, the presence and movement of individuals and vehicles in and out of secured areas and the goings on in other areas. The federal agency conducts random inspections to enhance security efforts as well as mitigate risks.

Pilots, aircraft owners and other airport personnel are among those cleared for access on airport property, Gleason said.

For every mile of the perimeter, you need 15 to 20 personnel. One is definitely not enough.

"We make sure they understand the rules and security processes in place, at least the ones we can talk about," he said. "Depending on who you are, if you need access to the airfield and are a pilot, you can be trained and background checked to receive access."

The Provo airport began commercial Frontier Airlines flights to Denver in June 2011. It is smaller than the new St. George airport, but is the second busiest in the state, according to data from the Federal Aviation Administration.

Panuzio expects that due to Tuesday's incident, there will be increased security measures put into place at the St. George airport and perhaps others throughout the state.

SkyWest may bear the brunt of the costs for enhanced security, but to avoid a similar occurrence, he said it would be a small price to pay for the organization, which has an "impeccable safety record." The costs may also be passed onto consumers.

"The potential risk of this was huge," Panuzio said, adding that Hedglin may have targeted the southern Utah airport because of his familiarity with it, but also because it is remote and its security is fairly unsophisticated.

In the aftermath, he said, the airport may look at installing double fencing around the perimeter and utilizing infrared security cameras, such as is the case in Salt Lake City, as well as employing additional security personnel.

"For every mile of the perimeter, you need 15 to 20 personnel," Panuzio said. "One is definitely not enough." Larger airports, like in Los Angeles, he said, employ undercover police on the grounds, as well as inside the airport and on the tarmac, to prevent and monitor adverse situations.

At any rate, Panuzio said airports, like any business, can't protect itself against "rogue" individuals.

Had the jet Hedglin was attempting to fly been successful at taking off, Panuzio said the nearby Nellis Air Force Base would have been activated and authorized to "shoot him down."

"He knew what he was doing and it wasn't going to end well," he said.