SALT LAKE CITY — The man being investigated in the killing of a Riverton teen was sentenced Tuesday to prison on unrelated charges.

His family says he has now confessed to everything he's done and insists he is not a murderer.

"No! Absolutely not," Felicia Ferry, wife of Daniel Robert Lehi Ferry, said outside the courtroom Tuesday when asked if he was involved in the death of 15-year-old Anne Grace Kasprzak.

Daniel Ferry, 31, reached a plea agreement Tuesday on three unrelated cases. He pleaded guilty to reduced charges in those cases and was sentenced to prison for up to 15 years.

He was ordered to serve concurrent terms of one to 15 years in prison for the second-degree felonies and zero to five years for the third-degree felony. What he did not plead guilty to — and has not been charged with — is the death of Kasprzak, whose badly beaten body was found in the Jordan River on March 11.

Police believe Ferry and Kazprzak met at a party in Sandy on March 10 and say Ferry beat the teen and wrapped her in a tarp after she refused his sexual advances. Prosecutors have said Ferry is a "high-ranking" gang leader.

But Christian Warmsley, a private investigator who was hired to investigate the case for Ferry's defense, said he is innocent of the teen's death.

The most serious case against Ferry on Tuesday was an aggravated kidnapping charge that police say happened the same day Kasprzak was killed. Some elements of that crime, as reported in court documents, were very similar to what allegedly happened in Kasprzak's death.

In the kidnapping case, a woman claimed on March 10 she was knocked unconscious, bound and transported with a blanket over her head to a home in Salt Lake County where she was forced to stand in front of a dart board. She said darts were thrown at her, piercing the skin of her upper body. The woman was beaten and had her head shaved, according to charges.

He did not shave her head. He didn't kidnap her. They're not innocent girls.

"He did not shave her head," Felicia Ferry said. "He didn't kidnap her. They're not innocent girls. I still stand by his side."

Warmsley claimed Tuesday that other women who were present that night were involved in the kidnapping, but not Ferry.

Prosecutors were apparently having trouble getting the alleged victim in that kidnapping case to testify leading up to what was supposed to be a preliminary hearing on Tuesday. A warrant was issued for her last week after she failed to cooperate with police.

According to the warrant, police believed if she were not placed under arrest and compelled to testify, she would "not testify at the preliminary hearing and the case will be dismissed by the court."

The aggravating circumstances of the case against Ferry were dropped and he pleaded guilty to a reduced kidnapping charge Tuesday. When 3rd District Judge Brian Harris asked if any of the victims were present and wished to speak before sentencing, no one spoke up. 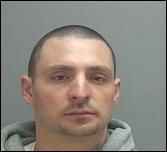 The man accused of killing a 15-year-old Herriman girl says he is innocent and doesn't understand why he is still in jail.

After court, Warmsley claimed information that had been overheard by unnamed witnesses regarding the kidnapping case was mistaken for the Kasprzak case, and Ferry was arrested based on bad information.

"They thought the story was about Kasprzak," Warmsley said.

When asked why he pleaded guilty to kidnapping if he didn't commit that crime, Warmsley said Ferry knew he was going back to prison anyway and wanted to get the clock running on his sentence.

"He'd rather go back to prison and serve his time. He's tired of it. He's not a murderer," he said.

Draper police have remained extremely tight-lipped about the case, saying only in past interviews that they were still working the case, but would not discuss the facts of the investigation.

Ferry wrote a letter to the judge in May questioning why he had been held so long when he had not be charged with murder and decrying his treatment in jail.

"I've been through the mud on the news. Mentally I've taken a serious beat(ing) in here," he wrote. "I've never been charged (60 days later) but now a separate incident on the same day at the same time they said I had supposedly had killed someone. Your honor, all I want is to be treated the way I'm suppost (sic) to be treated."

News of the letter prompted Veronica and James Bratcher, Kasprzak's mother and stepfather, to issue a statement about the ongoing investigation.

"We have been asked if we are frustrated that charges have not been filed yet regarding her murder. Honestly, we are frustrated and angry and sad and overwhelmed with her murder. After that, charges are a small consolation in comparison to the loss of a daughter we remember every day," the Bratchers said.

While we wonder every day why she was killed, we suspect there will never be a good enough answer...

"While we wonder every day why she was killed, we suspect there will never be a good enough answer to console the many lives that must go on without her that have been forever changed by our loss."

In court Tuesday, Ferry seemed to treat the proceedings casually, often responding, "yep" and "yeah" to the judge's questions.

"I'd like to be sentenced today," he at one point confirmed to the judge.

As he was being lead out of the courtroom after being sentenced, Ferry's wife called out, "Love ya, Dan" to which he responded with a smile, "See ya later."